'Light-Years Ahead.' When George Michael Toured China With Wham!

At a time when “Careless Whisper” is standard karaoke fodder right across China, it is difficult to imagine when the sound of it was utterly and fantastically strange. But strange it was in April 1985, when the British pop duo Wham! beat off Queen and the Rolling Stones to became the first Western pop act to perform in the Middle Kingdom.

Some 15,000 concert goers watched George Michael and bandmate Andrew Ridgely belt out hits like “Wake Me Up Before You Go-Go,” “Bad Boys” and “Careless Whisper” at the Workers’ Gymnasium in Beijing. Hair was bleached and feathered. Jackets were pastel colored. And audiences had never seen nor heard anything like it in their lives.

“In the early to mid-1980s, China was still very much recovering its composure after the years of isolation and cultural madness,” Andrew Bull, a music impresario based in Shanghai, tells TIME. “Really early adopters had started going to Beijing for New Year’s Eve, and there were a few hotels opening up, but it was still the era of the bicycles and the green outfits and everything.”

In the wake of Wham!’s performance, Bull — then living in Hong Kong — would eventually bring artists such as Jason Donovan, Paul Simon and Björk to play China, but the 1985 concert was a special anomaly. “It was like a one-off cultural brain fart,” he says. “After Wham! performed in China, nothing else happened for another five years.”

To make the concert happen, Wham! manager Simon Napier-Bell had spent 18 months wrangling a performance deal with Chinese bureaucrats who, officially at least, regarded pop music as “banal and filthy,” the Guardian reports.

Adding Beijing and the southern city of Guangzhou to Wham!’s World Tour, Napier-Bell’s posited, would prove that the Chinese Communist Party welcomed visitors and help to lure foreign investment.

“Simon, the guy who did the Wham! thing, was way ahead, light-years ahead,” Bull says. “The guy’s a legend on a whole another level. He had the vision and the chutzpah to glue the unlikely thing together and he must have found the right Chinese people at the right time to make that happen. If you look at the video now it’s amazing — you know, George and Andrew running around Beijing in a Red Flag limo.”

Although negative social perceptions of pop music made it difficult for young people to get hold of tickets and police discouraged locals from singing along or dancing, Napier-Bell told the Guardian that some Chinese audience members did eventually “get the hang of clapping on the beat, even learned to scream when George or Andrew waved their butts.”

In a country where listening to pop music could theoretically get you thrown in jail for the night, the performance was an exhilarating, if confusing, spectacle.

“The speakers were so loud: boom, boom, boom,” singer Cheng Fangyuan remembered in a BBC interview celebrating the 30-year anniversary of the event.

Cheng, who recorded Chinese-language covers of Wham! songs for a cassette that was handed out to concertgoers, told the BBC, “Our Chinese concerts were never that loud. My heart was jumping out of my chest.”

George Michael died on Christmas Day. He was 53.

Most Popular on TIME
1
Trump Signs Executive Order for Virus Relief
2
#DontCallMeMurzyn: Black Women in Poland Are Powering the Campaign Against a Racial Slur
3
Officer Fired After Mishandling Photos of Slain Utah Student 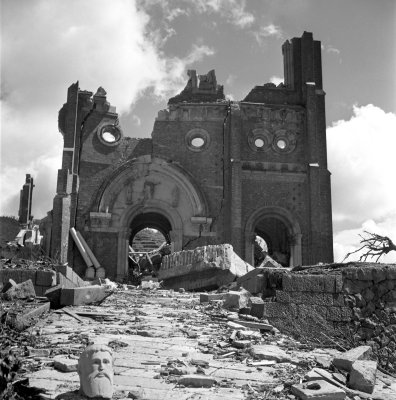