Philippine President Rodrigo Duterte at a news conference in Manila in the Philippines on Nov. 9, 2016
Erik de Castro—Reuters
By Feliz Solomon

Philippine president Rodrigo Duterte lashed out Thursday at the U.N.’s human rights chief, Zeid Ra’ad al-Hussein, calling him an “idiot” after he urged the country’s authorities to investigate Duterte for murder.

Since taking office in June, Duterte, who is known as “the Punisher,” has launched a gruesome war on drugs that has left more than 6,000 suspected dealers and users dead at the hands of police and vigilantes. Last week, Duterte admitted to the BBC that he had personally killed at least three suspected criminals while serving as mayor of the Philippine city Davao before becoming president.

“It should be unthinkable for any functioning judicial system not to launch investigative and judicial proceedings when someone has openly admitted being a killer,” al-Hussein said in a statement released by the U.N. on Tuesday, adding that, if found to have encouraged others to follow his example, Duterte could also be guilty of incitement to violence. According to the New York Times, Duterte laid low for a day and then struck back.

As Duterte ramps up attacks on Western leaders—particularly those from the Philippines’ long-time ally the U.S.—they appear to be losing patience with him, as well. The Times reports that on Thursday, three members of the Senate Foreign Relations Committee made a bipartisan call for the State Department to audit police assistance programs in the Philippines to determine whether American aid is supporting extra-judicial killings or other human rights abuses in the country.

Senators Marco Rubio, Edward Markey and Chris Coons called Duterte’s war on drugs “little more than a brutal campaign of government supported extra-judicial killings and other human rights violations,” voicing concern over his pledge to kill another 20,000 to 30,000 people, “simply because they suffer from a drug use disorder.”

Earlier this week, the Philippine Commission on Human Rights vowed to investigate both Duterte’s claims that he personally killed suspects and reports that he oversaw so-called “death squads” that allegedly killed hundreds of people in Davao, according to the BBC. Chito Gascon, the current chairman of the rights body, told the BBC, however, that the President enjoys constitutionally enshrined immunity while in office. 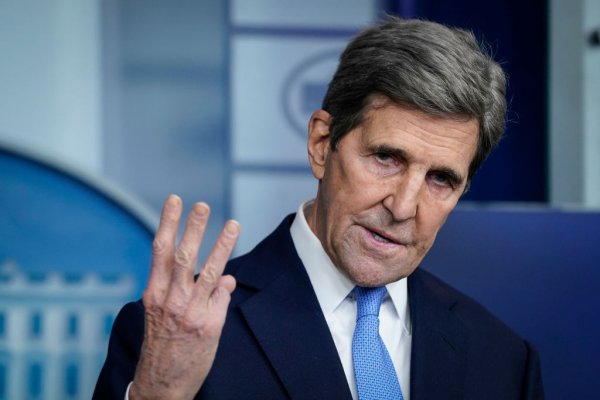 John Kerry Says China Needs to Do More on Climate Change
Next Up: Editor's Pick