China's Smog Is as Deadly as Smoking, New Research Claims

Air pollution could be the cause of 1 in 3 deaths in China, new academic research suggests, making everyday life about as deadly as smoking cigarettes in some parts of the country.

According to the South China Morning Post, a recent study of 74 cities analyzed some 3.03 million deaths recorded in 2013, and found that 31.8% of them could be linked to smog.

The study, carried out by researchers at China’s Nanjing University, found that the air was most toxic in the cities of Baoding, Shijiazhuang and Handan, each reporting more than 30,000 deaths in 2013 that could be linked to pollution.

It does not appear that the situation has markedly improved in the years since. Last Friday, Beijing issued a “red alert” warning because of a blanket of thick smog shrouding the capital city and a large swath of northern China, affecting nearly half a billion people. With pollution levels reaching about 500 PM2.5 particles per cubic meter — the WHO ranks safe levels as under 25 — the so-called airpocalypse, has sent tens of thousands fleeing to southern parts of the country, where the air is cleaner.

Hospitals have been crowded with patients suffering respiratory problems, whole highways have been shut down, and hundreds of flights grounded. Classes were also cancelled — although in one case exams were not. Shocking images spread across the Internet showing schoolchildren seated outside wearing jackets and face masks, huddled over desks to take a test in gray, toxic gloom.

The Post reports that the new findings from Nanjing support previous research; the paper says that the International Energy Agency published a report in June claiming that air pollution has trimmed some 25% off life expectancy in China, while a study co-authored by researchers at three renowned universities determined that people in China’s north could lose an average of 5.5 years of life due to smog.

Read more: Beijing’s Air Pollution is Frightening. This Video Shows Just How Bad It Gets

China’s National Energy Administration reportedly said Wednesday that it will enact measures such as limiting high-pollution fuel emissions and launching a satellite carbon-dioxide monitor to mitigate the problem, but many in the country’s vast ultra-industrial cities remain skeptical.

Greenpeace has warned that the economy must urgently be made less dependent on polluting forms of energy and that people living in cold northern climates should be given alternatives to coal, which causes much of the smog. 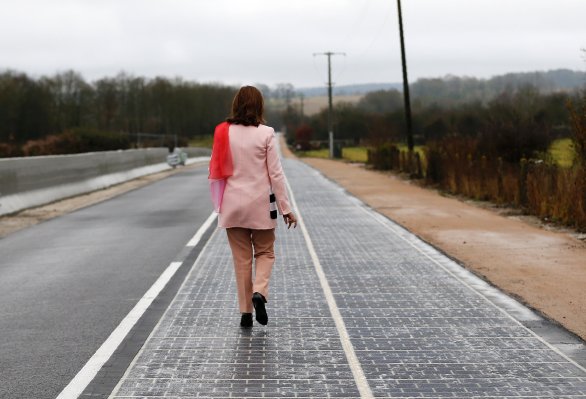 The World's First Solar Road Opens in France
Next Up: Editor's Pick