The Radio City Rockettes Will Perform at Donald Trump’s Inauguration

The Radio City Rockettes listen as Donald Trump speaks during a ceremony to help The Salvation Army kick off its annual Christmas kettle effort at the Trump Tower Atrium on Nov. 23, 2004 in New York City.
Scott Gries—Getty Images
By Melissa Chan

The iconic group of female precision dancers has performed at presidential inaugurations in 2001 and 2005, both for George W. Bush, and will “participate in inauguration festivities” for Trump, according to James Dolan, the executive chairman of The Madison Square Garden Company.

“The Radio City Rockettes, an original American brand, have performed at Radio City Music Hall since 1932 and, as treasured American icons, have taken part in some of the nation’s most illustrious events such as Super Bowl halftime shows, Macy’s Thanksgiving Day parades and presidential inaugurations, including in 2001 and 2005,” Dolan said in a statement. “We are honored that the Rockettes have again been asked to perform in the upcoming inauguration festivities.”

The Rockettes will join Jackie Evancho and the Mormon Tabernacle Choir, the only two other confirmed performers as of Thursday. 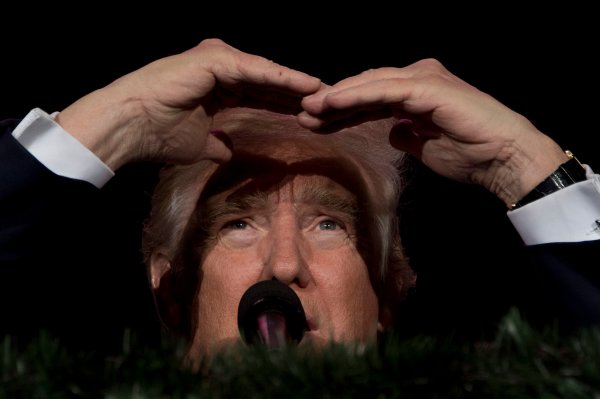 Trump Wants to 'Expand' Nuclear Arsenal
Next Up: Editor's Pick