The world’s first road made of solar panels opened Thursday in a small town in Normandy, French officials said.

The French Ministry of the Environment funded the 1-km (0.6 mile) project to test whether solar panels can be implemented effectively at a large scale. The project is intended to power the streetlights in the French town of Tourouvre-au-Perche.

The initiative comes as part of a broader initiative to foster a transition to renewable energy. French Environment Minister Ségolène Royal has said she would like to install solar panels on one in every 1,000 km of French highway, according to a Guardian report.

Solar panels have become increasingly popular in recent years as the cost of operating them has come down significantly, making it cost competitive with traditional energy sources in certain places. 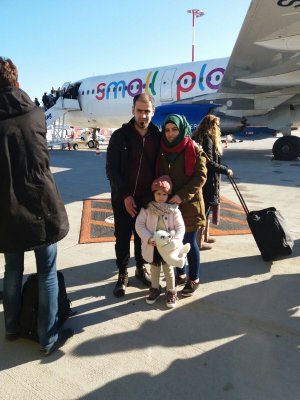 A Syrian Translator Grapples with the Hardest Choice a Refugee Must Make
Next Up: Editor's Pick