Donald Trump Says He Still Wants to 'Drain the Swamp'

President-elect Donald Trump rejected claims that he had stopped using the phrase “drain the swamp” in a message posted to Twitter Thursday just one day after a top surrogate said that Trump had directed him not to say it.

“Someone incorrectly stated that the phrase ‘DRAIN THE SWAMP’ was no longer being used by me,” Trump wrote on Twitter. “Actually, we will always be trying to DTS.”

Former House Speaker Newt Gingrich, a top surrogate for the president elect, said Wednesday that he had been told that Trump “disclaims” the slogan. “He now says it was cute, but he doesn’t want to use it anymore,” Gingrich told NPR’s “Morning Edition.”

Trump has come under fire for using the phrase—which refers to eliminating special interests from Washington—while also relying on a slew of industry lobbyists and insiders to help his transition, including Goldman Sachs president and COO Gary Cohn and alum Steve Mnuchin.

Trump told an audience at a rally in October that he was not always a fan of the phrase. “You know, that phrase started about a week ago, and I thought it was terrible. I didn’t like it at all,” Trump said, according to CNN. “I said I don’t know. I just don’t like it. And now it’s become one of the hottest phrases anywhere in the world and I’m saying I like it.”

Gingrich also took to Twitter Thursday to clear things up. 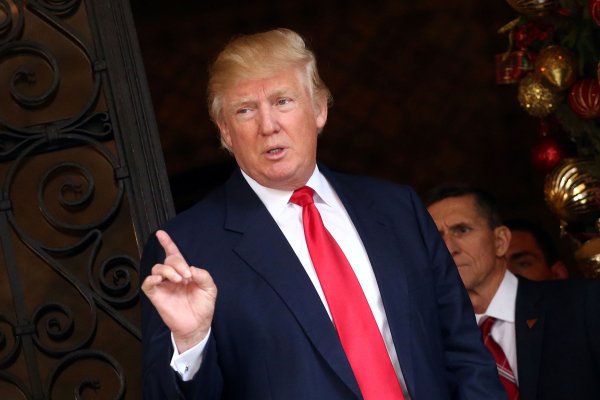 Donald Trump Wants a Certain ‘Look’ in His Cabinet
Next Up: Editor's Pick