In the wake of the election, designers and editors have been wrestling with the question of whether they should embrace Trump as they have with other first ladies. Talley, who helped Trump select the wedding dress that she would later wear on the cover of Vogue in 2005, initially signaled that he would support her, telling the Daily Mail that she’d be one of the “great stars” of the administration.

But in an interview with New York Times columnist Maureen Dowd, the former Vogue editor-at-large clarified his comments while taking a stand against President-elect Donald Trump. “She’s a nice person. I do not endorse Trumpism on any level. So why can’t one be positive and want her to shine? I mean, it’s good she cares about napkins, crystal, dinner plates with gilded edges to the point of over the top, and abundant flower arrangements,” he told Dowd. “In the end, why pick on her when they should be picking on her husband’s billionaire cabinet and his seeming readiness to turn the country back towards oppression, anti-Semitism, anti-culturalism, etc.”

As for her fashion sense on the campaign trail? Talley, who told Dowd he voted for Democratic nominee Hillary Clinton, thinks she might be trying a bit too hard, and took issue with her election-night Ralph Lauren jumpsuit.

“It seemed to me too Mar-a-Lago, a huge, full-volume jumpsuit. Trying too hard. And I am so tired of the long hair falling on both sides of her face. She has to upgrade her coiffure,” Talley said. “She’s very much like a high, super, superglamorous Stepford Wife.”

But despite his distaste for the new President-elect, Talley defended Anna Wintour’s decision to take a meeting with him. “[Wintour’s] a powerful woman, she’s running an empire, she’s the editorial director of Condé Nast,” Talley told Dowd. “We can’t judge her for going to a meeting. She’s a professional, powerful woman. That’s all I have to say.” 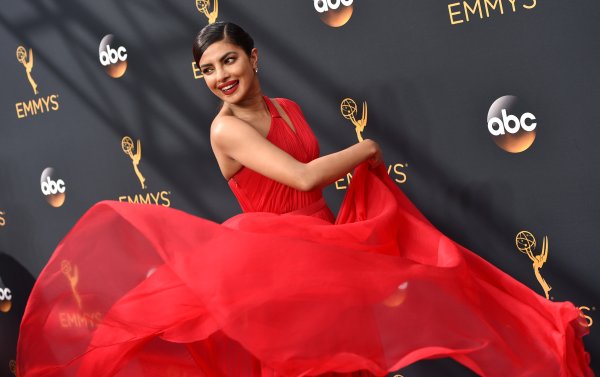