China's Booming Economy Is Nothing to Fear

Last week, during his State of the Union address, President Obama announced, “the United States is better-positioned for the 21st century than any other nation on Earth.” While it isn’t quite clear what indicators he was using to make that statement, we know one measure he wasn’t using: size. It’s only a matter of time before China overtakes the U.S. as the world’s largest economy, thanks to economic growth that has been four or five times faster than the U.S. over the last couple decades.

For all the last few years have been grim economic times for America, the U.S. still ranks sixth out of 175 countries in average income. But Americans have already lost bragging rights as the world’s largest trading nation, and China may have overtaken the U.S. as world’s largest economy as well, according to former International Monetary Fund economist Arvind Subramanian. Even the more pessimistic of China-watchers appear to agree the U.S. will drop to second place by decade’s end at the latest. Will this doom the U.S. to a penurious future of lower average incomes, as it slowly sinks into the stagnant backwaters of the global economy?

No. Being biggest was never the real secret to American riches. And the tiny size of the economies that we know are richer than America today (Macao, Qatar, Luxembourg, Singapore, Norway, and Brunei) also suggests there’s probably more to average income than absolute scale. Five of them are effective city-states, and they have a combined population of about 14 million, or about one-twentieth of America’s.

So if simple scale doesn’t explain why the U.S. is one of the richest countries in the world, what does?

America’s advantage is based on being an incredible place to live and work. We can learn something from our thriving cities: Attract the best people and the most investment. Cities with more bars, restaurants, and theatres attract more college-educated residents and see faster employment and productivity growth, according to work by Harvard’s Ed Glaeser and the University of Chicago’s Jesse Shapiro. Be a nicer place to live, and your productivity will increase.

The same applies at the national level. It’s because America is a better place to live, work, and innovate than almost anywhere else that all six Chinese-born Nobel-prize-winning scientists now reside in the U.S., for example. And the benefits to the U.S. are huge: fully one-quarter of all U.S. patent applications had foreign nationals residing in the U.S. as inventors or co-inventors. Sixty percent of software engineers in the U.S. are migrants, along with more than one-half of all medical scientists. It is because America is a great place to make money that Chinese investment in the U.S. is forecasted to top $200 billion and employ 400,000 Americans by 2020.

Of course it’s not just about the new arrivals, it’s also about those born from previous generations of immigrants. America is a country made great—and productive—by the realization of its founding principles. It was a pioneer of broad-based democracy, universal education, and civil rights. Even middle-class people can buy a large house that’s a reasonably short drive to work in a safe neighborhood with good public schools. A bonus: They’re often near incredibly beautiful state and federal parks. The legal system, for all of the ambulance chasing and patent-thicketing, is reasonably un-capricious. You are secure in what you say, and you have considerable opportunity to say or do something else somewhere else in the country.

Compare the nation about to replace the U.S. atop the global output rankings: For all the fancy new airports and fast trains connecting major cities, people in China do not have freedom to move without government permission, nor freedom to speak without risk of disappearance. The smog in big cities is bad enough to be a major cause of death, and the poverty in parts of the country is severe enough that around a quarter of the country’s population subsists on less than $2 income each day. Being biggest is very different from being best.

If America wants to benefit from a growing global economy over the next century, it needs to ensure it retains its edge in quality of life. That means improving the country’s schools, colleges, and hospitals so they remain some of the best in the world. It means that physical and cultural infrastructure is strengthened, and that opportunity really is open to all of ability and drive—not only the lucky few. And it means opening the doors wide to innovators, entrepreneurs, and investors who understand that what makes America great has nothing to do with its GDP ranking or having the world’s biggest military.

What made and makes America a wonderful place are its opportunities and the creed “life, liberty, and the pursuit of happiness.” Ensuring all here at home can participate in that pursuit will perfectly position America for the opportunities of the 21st century.

Charles Kenny is a Senior Fellow at the Center for Global Development. This article is adapted from his book, The Upside of Down: Why the Rise of the Rest is Great for the West (Basic Books). 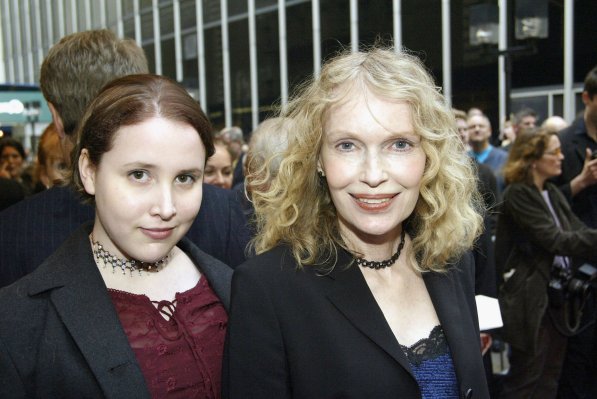 When Bystanders Are as Bad as Abusers
Next Up: Editor's Pick