Donald Trump on Proposed Muslim Ban: 'You Know My Plans'

President-elect Donald Trump on Wednesday called the recent attacks in Germany and Turkey “terrible” and suggested that he does not intend to reevaluate his plans to ban Muslims from immigrating to the United States, boasting that he had been “proven to be right.”

“You know my plans. All along, I’ve been proven to be right. 100% correct. What’s happening is disgraceful,” Trump told reporters Wednesday when asked whether the recent violence has influenced his proposed Muslim ban.

Trump described the attack at a Berlin Christmas market as an “attack on humanity.”

Trump said he had not spoken with President Obama since the attacks.

“Innocent civilians were murdered in the streets as they prepared to celebrate the Christmas holiday,” Trump said in an initial statement about the attack on Monday. “ISIS and other Islamist terrorists continually slaughter Christians in their communities and places of worship as part of their global jihad.”

Zeke Miller contributed to this report. 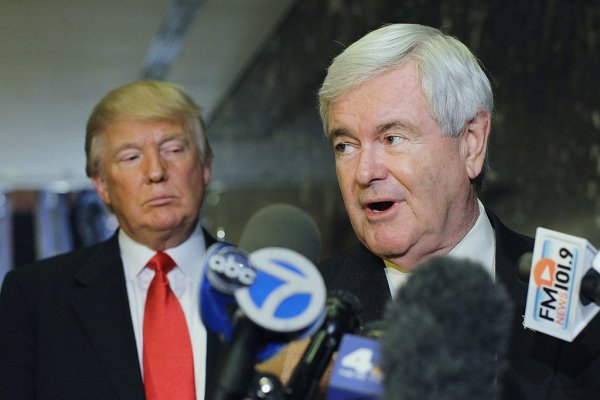 Donald Trump to Drop ‘Drain the Swamp': Newt Gingrich
Next Up: Editor's Pick