Newt Gingrich (R) speaks to the media as Donald Trump listens at Trump Tower following a meeting between the two on Dec. 5, 2011 in New York City.
Spencer Platt—Getty Images
By Melissa Chan

President-elect Donald Trump now wants to distance himself from the “drain the swamp” rallying cry that he repeated frequently on the campaign trail, according to Newt Gingrich.

The former House Speaker, who is one of Trump’s most vocal supporters, told NPR on Wednesday that Trump is dropping the refrain that he widely used during the election cycle to describe apparent corruption in Washington, D.C.

“I’m told he now just disclaims that. He now says it was cute, but he doesn’t want to use it anymore,” Gingrich said. “He’s in a different role now, and maybe he feels that as president, as the next president of the United States, that he should be marginally more dignified than talking about alligators in swamps.”

Trump admitted at a campaign rally in October that it took some time before the phrase “drain the swamp” grew on him.

“We are going to drain the swamp. You know, that phrase started about a week ago, and I thought it was terrible. I didn’t like it at all,” Trump said at the time, according to CNN. “I said I don’t know. I just don’t like it. And now it’s become one of the hottest phrases anywhere in the world and I’m saying I like it.” 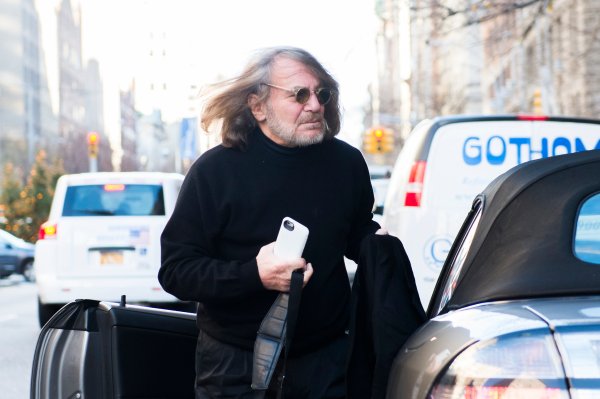 Trump's Doctor Says He Is a Little Overweight, But Otherwise Healthy
Next Up: Editor's Pick