When an assassin in a suit and tie shot dead Russia’s ambassador to Turkey in an Ankara art gallery on Monday, many were quick to predict the killing would launch a crisis between the longtime rivals. The two countries back opposing sides in a proxy war in Syria, a point of friction that triggered a crisis in November 2015 when the Turkish military shot down a Russian fighter jet participating in the aerial bombing campaign against Syrian rebels, some of whom receive Turkish support. The two states were able to resolve that crisis after several months and Turkish President Recep Tayyip Erdogan and Russia’s Vladimir Putin traded visits to each others’ countries.

But in the hours after the killing of Russian ambassador Andrey Karlov, world war did not erupt. Instead, Turkey’s and Russia’s leaders put on a show of unity. Erdogan and Putin both condemned the attack as a “provocation” designed to undermine relations between the two countries. On Tuesday, a high-level Russian-Turkish-Iranian summit over the war in Syria went ahead in Moscow as planned. The assassination shocked the world and tested Russian-Turkish relations, but the ties did not break.

Putin and Erdogan’s expression of agreement on Monday suggests that the rapprochement between them is durable. Analysts say that at the moment, neither country has an interest in returning to the kind of hostility that could result in military action. The two countries have significant economic ties, including tourism and a new gas pipeline deal, and Turkey—which had been a staunch enemy of Moscow’s ally Bashar Assad—has shown signs of adjusting its approach to Syria to a stance more acceptable to Russia.

“I think Putin has incentives to twist Erdogan’s arm a little bit, but he has no incentive to break it over this,” says Burak Kadercan, a political scientist at the U.S. Naval War College in Newport, Rhode Island.

Karlov, the Russian ambassador, was gunned down in an art gallery by a man later identified by the Turkish authorities as a police officer named Mevlut Mert Altintas. During the attack, the gunman shouted, “Don’t forget Aleppo! Don’t forget Syria!” It was a reference to Russia’s heavy bombardment of rebel-held areas of Syria, including the city of Aleppo, where Russian and pro-Assad forces recently routed the opposition, depriving the rebels of their most important territory.

The assassin’s message lends a political dimension to how Erdogan handles the killing. Large sections of the Turkish public, including supporters of Erdogan’s government, have been outraged by the Russian military campaign in support of Assad, which began in late September 2015. Over the last two weeks, as the offensive on Aleppo reached a crescendo, raucous demonstrations have taken place outside Russia’s diplomatic installations in Turkey.

“He finds himself in the uncomfortable position where, last week he or his followers —they were really excited about talking about how Iran and Russia were just evil incarnate and now they have to say ‘our dear friend, Russian ambassador was killed by this guy,” says Kadercan.

Nor does it help that Turkey and Russia have history of conflict that stretches back to the rivalry between the Russian and Ottoman empires in the 17th and 18th centuries. In the present day, the most serious episode of conflict came in November 2015, when Turkey shot down a Russian warplane along its southern border with Syria after it reportedly crossed into Turkish airspace. The Russian government imposed sanctions on Turkey, contributing to a devastating blow to tourism and other industries in Turkey that depend on Russian ties.

The acrimony was short-lived. Putin and Erdogan spoke on the phone in June 2016, moving to end the crisis between their countries. The two leaders cleared the air in a summit in Russia this August, and Putin visited Istanbul in October during the announcement of a major gas pipeline connecting Turkey and Russia.

Separately, Turkey has shown signs of shifting its approach to Syria, moving away from prioritizing support for the rebellion against Assad. Following a string of brutal terror attacks in Turkey by ISIS militants, including an assault on Istanbul’s main airport last June that killed 45 people, Turkey sent tanks and warplanes into Syria to fight the forces of the Islamic State. The incursion also appeared aimed at deterring Kurdish militias who have ties with Kurdish insurgents inside Turkey, where they have also staged a separate campaign of attacks, most recently a twin bombing at a major soccer stadium in Istanbul this month.

Read More: Why Refugees Don’t Stay in Turkey or Greece

The international summit in Moscow on Tuesday demonstrated Turkey’s course correction on Syria, as Russian foreign minister Sergei Lavrov announced that Russia, Turkey and Iran had agreed that “regime change” was not a priority in Syria. “Turkey has now accepted dialogue with Russia. It has also done this, by downsizing its ambition in Syria, by refocusing on its core national interests, instead of striving to implement a more ambitious policy of regime change in Syria,” says Sinan Ulgen, a political analyst in Istanbul affiliated with Carnegie Europe.

In addition, the military coup that killed at least 265 people but failed to topple Erdogan in July also tilted Turkish foreign policy away from Western allies that might distrust Putin and Russia. The Turkish government blamed the entire coup plot on Fethullah Gulen, a powerful Turkish religious figure who lives in exile in Pennsylvania. The government’s narrative of the coup attempt stoked anti-American sentiment in Turkey. In a cull following the coup, many of the senior officers involved in relations with the U.S. were purged from the ranks of Turkey’s security establishment.

Nevertheless, Turkey and Russia remain on opposite sides of the Syrian conflict, and the two states disagree over Russian involvement in Ukraine and other areas. Turkey is also member of NATO, with historic ties to both Europe and the United States. That means the current reconciliation with Russia will have is limits.

“I see a tactical shift, not a strategic shift,” says Ulgen. “Tactical because this is a period where—especially the period after the coup was one where Erdogan wanted to demonstrate his displeasure with the lack of empathy from the west. So the rapprochement with Russia was one way to serve this purpose.” 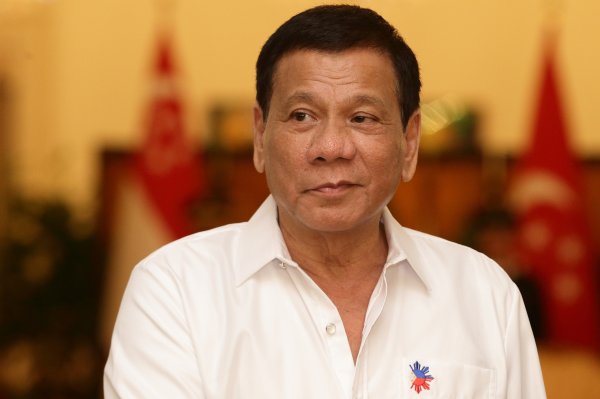 How a Failed Peaceful Revolution Led to Rodrigo Duterte
Next Up: Editor's Pick