For weeks, critics of President-elect Donald Trump have held out hope that one final way to stop him from reaching the White House could come from the Electoral College vote, if so-called faithless electors decided to cast their votes for someone other than the Republican nominee. But in fact, on Monday, when the Electoral College met, the number of faithless electors who chose to buck their states’ popular votes by not voting for Hillary Clinton (five) was higher than the number who did so by not voting for Donald Trump (two).

That said, this year was an extreme example of that precedent.

Even though some electors who had made clear their intentions to defect were prevented by their states’ laws, the seven faithless electors were, as Politico put it, “record-breaking” in some ways. There have been other elections with a greater number of faithless electors overall, but those have often been disputes over the vice-presidential selection or the result of extenuating circumstances. For example, in 1872, when 63 Democratic electors defected from candidate Horace Greeley, he was already dead. (Besides, Ulysses Grant had won the election anyway.) And when 32 electors were faithless in 1832, only two of those votes were for president as opposed to vice-president. Overall, faithless electors have been an extremely rare phenomenon throughout American history.

Between 1900 and 2012, the count is six faithless electors abandoning a losing presidential candidate—though one perhaps by accident—and three abandoning a winner. Interestingly, three of those electors chose not to vote for Richard Nixon, including twice when he won. (The non-profit organization FairVote maintains a list of faithless electors, and the Wall Street Journal breaks it down in its own way.)

The last time a presidential race saw a notable number of defections was in 1808, when six faithless electors voted against James Madison, who had won the election. (That year’s count was also odd for another reason: One elector just didn’t vote at all, so by some counts that year is tied with 2016 for the number of faithless electors.) But, as Deborah Kalb’s Guide to U.S. Elections points out, party politics in the early years of the United States was a lot more personal and a lot less defined, which means that the faithless electors of the first few elections aren’t necessarily a good comparison point for today. Another reason why earlier elections sometimes saw faithless electors was that, as was the case in 1808, some states chose their electors in a way that made it more likely to see that state’s electors would split their vote.

And as Scott Bomboy has written for the National Constitution Center, only one single election—the Vice Presidential race in 1836—saw the actions of faithless electors make any difference, and even then the result was the same as it would have been otherwise.

The total number of faithless electors throughout history is so low that it’s difficult to draw any conclusions about them beyond their rarity, but the reasons given for electors to be faithless may provide some small insight into why winning candidates have been, at least in recent years, less likely to see electors defect. Faithless electors’ votes are by nature protest votes. Sometimes those protests have indicated a split in ideology within the dominant party; that’s what happened in 1968 when a Nixon elector instead voted for George Wallace, and it’s what happened with this year’s non-Trump Republican electors. However, it stands to logic that those who represent a losing side are more likely to have reason to protest.

It also stands to logic that those who represent a losing side are more likely to have reason to protest—or at least to feel that a protest is a better use of their time than casting a vote for someone who they already know won’t win.

It’s also not always about the candidates: In 1988, when a West Virginia elector named Margarette Leach chose not to cast her vote for Democratic candidate Michael Dukakis, it was a protest against the system itself.

“I wanted to make a statement about the Electoral College,” she told the New York Times. “We’ve outgrown it.” 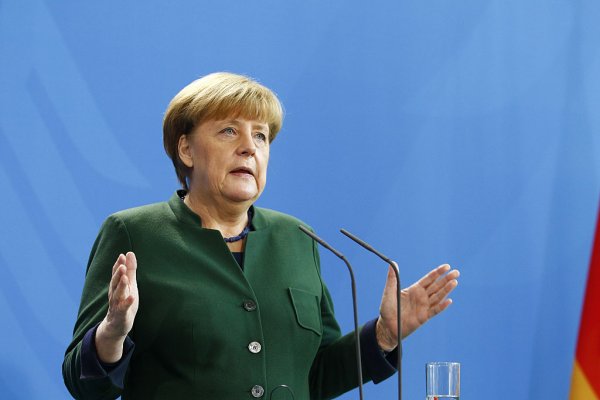 What 5 Political Promises Say About the State of the World
Next Up: Editor's Pick