Serena Williams Gets Candid About Sexism and Race

Record-breaking tennis star Serena Williams is one of the most powerful athletic forces to be reckoned with. At Wimbledon in July, she was dubbed the “one of the greatest female athletes of all time,” yet she prefers the saying “one of the greatest athletes of all time.” She’s also no stranger to speaking out against sexism and what it means to grow and thrive as a female athlete. Williams sat down with Oscar-winning rapper Common in an ESPN special, The Undefeated in Depth: Serena with Common, where the two discussed race, identity and sexism.

Common and Williams spoke about being a role model for black women and women in sports. She first credited her sister, Venus, and said everything she did was because of her. Williams continued, “When I started out, I never thought, ‘I want to open up doors for black athletes,’ and then to female athletes. I ended up on this path and people started looking up to me and it was different because I was like, ‘I’m just doing me.'” And Williams doesn’t see people looking up to her as a burden. “I never think of it as a weight,” she said. “I embrace it.”

She does feel the weight, however, when she’s competing in the final of a Grand Slam. Not only as an athlete, but a black woman as well. She told Common, “That’s hard as a black woman and being someone who’s black in America, representing this country when I’m playing and when I’m doing things.” Her parents, however, taught her to embrace herself and her race. “You become proud, you see all the stuff your people went through so you have an opportunity,” she said. “I wouldn’t want to be any other color. There’s no other race, to me, that has such a tough history… I’m really proud to wear this color every single day of my life.”

Williams is aware that her gender has held her back from being considered as the greatest athlete of all time. She said, “I think being a woman is just a whole new set of problems from society that you have to deal with, as well as being black, so it’s a lot to deal with.” She went on, “If I were a man, I would have 100 percent been considered the greatest ever a long time ago.”

Read the rest of her highlights of her interview with Common here. 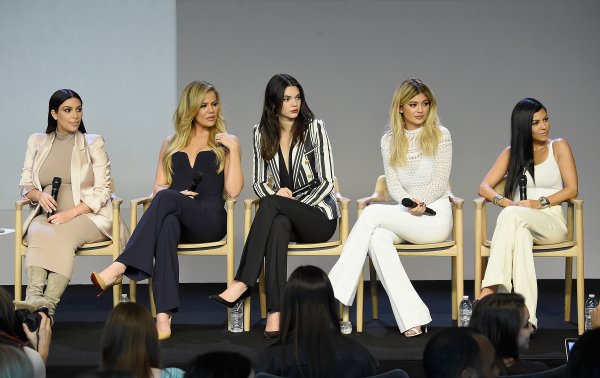 The Kardashian Sisters Reveal Their Favorite Salads
Next Up: Editor's Pick