After revealing AirPods in September, Apple finally listed the wireless earbuds for sale last week. But shipping times are currently listed at six weeks. If you can’t wait that long, or if you’ve tried the AirPods and decided they’re not for you, you might consider a different kind of wireless earbud, sometimes called “hearables.” (Read TIME’s AirPod review here.)

Over the past several weeks, I’ve put these five alternatives in my ears. Each pair of wireless buds listed below have some great features with hard-to swallow compromises, but you might find something you like. Our big takeaway? So-called “hearables” aren’t quite here yet — give it another product cycle or two before tech companies get this new product category right.

The Bragi Dash first caught people’s eyes back in February 2014, when it was Kickstarted to the tune of $3.3 million. Finally released this past summer, the waterproof, wireless smart earbuds boast an impressive array of sensors and features: Heart rate monitoring, step and cadence counting, and calories burned. More than just headphones, the $299 ear-worn computers (and their four hours of playback) let you measure a triathlon of workouts without lugging around your smartphone.

Good: The Dash’s slick design has no buttons, instead using a touch-sensitive surface. That saves your eardrums from getting squished by ‘Skip’ or ‘Volume Up’ commands. Its high-powered software also lets you answer (or decline) calls with a nod (or a shake). And with more software updates being rolled out all the time, new tricks — like a tap on your cheekbone to summon Siri — continue to improve the device.

Bad: With so many options — like swipe on the left ear for audio transparency and swipe on the right for volume — using the Dash can get confusing fast. And oddly, hats and hoods brushing into the earbuds will set off its functions. But by tapping both earbuds at the same time, you can enable a touch lock — but then you can’t control the device until you pull one of the Dashes out of your ear.

Ugly: The Bluetooth radio on these earbuds are substandard. We reviewed two different units, and both disconnected frequently, especially if we put our phone in our back pocket, as some people do. Running with an armband case would work better, but a set of buds this expensive should get wireless right.

Compact and simple, the Earin M-1 boasts clear sound and minimal heft, a promise the $199 earbuds soundly deliver largely thanks to a lack of other features. That means while you get no cords, you also don’t get a multi-function button, volume rocker, or even a microphone.

Good: While it might seem an inconsequential accessory to some, our favorite thing about the M-1 was its carrying case. Slender, light, and easy to slip into a pocket, the case makes Earin’s offering much more convenient to carry than the competition, while charging the buds an extra three times. And it looks like a detonator out of a James Bond movie, so there’s that. (Maybe not a great thing when it comes to airport security.)

Bad: The M-1’s sound was adequate, but by no means outstanding. With foam tips, they block out ambient sound very well, which in turn helps you to not blow your eardrums out listening at high volume. But the bass is lacking and the high end isn’t particularly striking, which makes them middle-of-the-road for music fans. Podcast listeners won’t miss a beat, though.

Ugly: Slimming down the earbuds comes at a cost, namely a lack of a microphone. If you get a call while wearing these, you have to pop them out to answer. But if you’d rather not be disturbed, this may be a feature, not a flaw.

Fitting in your ear canals like a pair of bullets, the $299 Erato Apollo 7 are more expensive than they should be, but deliver where their competition does not. Easy to pair and use, these waterproof buds will around three hours per charge, with two re-charges via their carrying case.

Good: Boasting both a multi-function button and a microphone, the Apollo 7s are all you need in a post-audio jack world. They also come in an array of colors, and their Bluetooth connection is fairly consistent as well.

Bad: Compared to the competition, that price should net you more. For instance, Bragi and Jabra bundle in sensors and activity-monitoring apps.

Ugly: You can buy two pairs of Apple AirPods for the Apollo 7’s $299 price. And for all the people complaining about the possibility of losing a bud, that plan might come in handy.

Jabra has been in the wireless game for ages, and its expertise shows with the Jabra Elite. The $249 hearable packs a heart-rate monitor, accelerometer, a fitness app, a three-hour battery and a case that will charge up the buds for six hours more.

Good: With rock-solid connectivity, the Bluetooth on these buds barely wavered, no matter where we stowed our phone. Designed to be worn individually or in concert, they function as a workout buddy or a work accessory. And call clarity is crisp on both ends of the conversation.

Bad: Though its accompanying fitness app is high powered (and available on both Android and iOS), it doesn’t integrate with Apple Health, a minor complaint that could mean a lot to some iPhone users.

Ugly: Packing all the Elite Sport’s high-performing sensors and technology into a small package is a challenge. As a result, these buds are more like boulders, stretching out your ear. That means they can be painful to break in. (But eventually they do adjust.)

Apple isn’t the first phonemaker to get into the hearables game. And while Samsung’s exploding phones may have stolen the thunder from the $199 Gear IconX, they’re still worth considering if you’re looking for a well-made earpiece. But designed as a companion to Samsung’s S Health app, they aren’t for everyone.

Good: With the kind of refined design and touch controls you’d expect from Samsung, these earbuds look great, and the $199 price sounds pretty good, too.

Bad: The Gear IconX are technically iPhone compatible because they connect as Bluetooth earbuds. But there’s no iOS equivalent of Samsung Gear Manager app, which is what Android and Samsung phone owners use to connect to the headset’s fitness features. In other words, these earbuds are no good for Apple fans.

Ugly: Everyone’s ears are different, but two different TIME writers felt the Gear IconX earbuds were uncomfortable. One problem is their elongated stems, which caused the earbud to either push too far into the ear canal (poking the drum for one reviewer) or hang out of the ear, rendering the heart rate monitor ineffective. 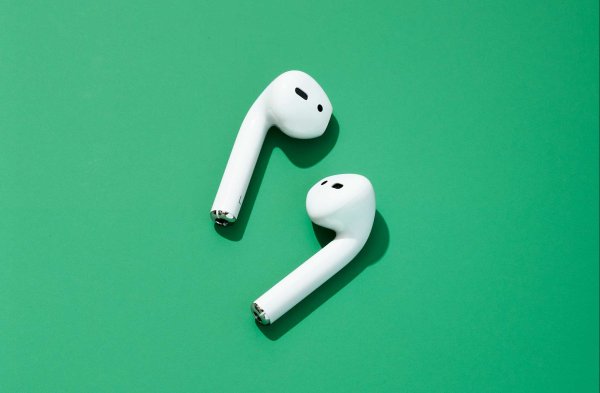