A crude bomb fashioned from explosives, fireworks, pipes and nails was found in Ubud, a popular tourist district in the Indonesian island of Bali, on Tuesday, local media reported.

The device was safely detonated by the authorities.

A man who owns an eatery in Ubud spotted the bag when he was opening his business in the morning. Police found a passport belonging to a Dutch tourist in the backpack. The tourist had reported his bag was missing and he wasn’t considered a suspect.

“This is a low-explosive bomb,” said Gianyar district police chief Waluya. “Bali’s antibomb squad destroyed it before it exploded … Our task now is to hunt for [the perpetrator].”

Two major terrorist attacks rocked the Kuta tourist district of Bali more than 10 years ago. The 2002 attack at Kuta was the deadliest act of terrorism in Indonesia, killing 202 — many of whom were foreign tourists. Three years later, in 2005, a series of bombings in Kuta and Jimbaran killed 20 people.

Although Indonesia’s counterterrorism operations have had some success against jihadist groups, the country remains a target of terrorist attacks. A female suicide bomber and 13 other men and women — all were allegedly linked to ISIS — were arrested this month over the plot to bomb the presidential palace in Jakarta.

Eight people died in a terrorist attack in the Indonesian capital early this year. Jihadists have also targeted houses of worship and police personnel in different cities in the Muslim-majority country. 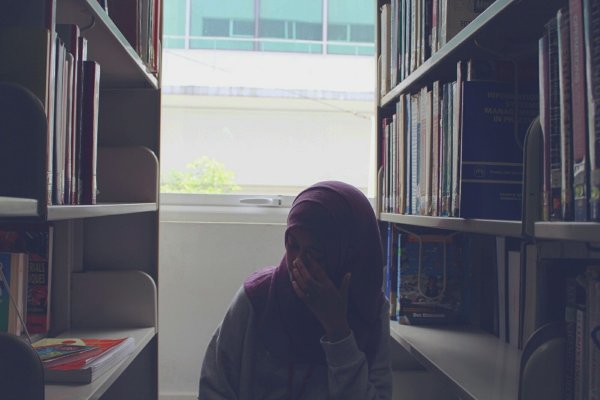 ISIS Is Recruiting Asia's Domestic Helpers for Suicide Missions
Next Up: Editor's Pick