Bana Alabed, the 7-year-old girl who chronicled the horrors of the assault on Aleppo on Twitter, has been safely evacuated from the city.

Several photos emerged on Monday that showed the girl and her mother, Fatemah, among a crowd evacuated from the Syrian city of Aleppo. The President of the Syrian American Medical Society, Ahmad Tarakji, said on Monday that NGO workers on the ground are assisting Alabed and others.

Alabed’s Twitter account, which was operated by Fatemah, went viral in September for describing the horrors of daily life in the besieged city.

J.K. Rowling is among the thousands that took notice of Alabed’s tweets, prompting the author to sent the girl a digital copy of Harry Potter. But there have been concerns that Alabed’s account was too active for someone in a city that frequently suffers power cuts. Even Syrian President Bashar al-Assad’s suggested that her 140-character messages were merely “propaganda,” the Washington Post reports.

Alabed’s supporters now hope the girl’s appearance on Monday will end criticism of the authenticity of her account. 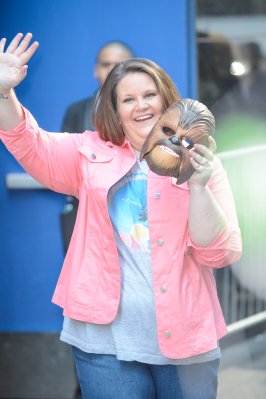 Here Are the Best Viral Videos of 2016
Next Up: Editor's Pick