Refugees Through the Looking Glass in "Exit West"

In the new year, citizens around the world will argue over the fate of refugees fleeing by sea, by land and by air. But in Pakistani author Mohsin Hamid‘s new novel, they escape by enchanted door.

Exit West (out March 7) takes place in an unnamed city where Islam prevails but sex, ‘shrooms and smartphones are also prolific. A young couple, Saeed and Nadia, are falling in love even as their city is spiraling into war, with explosions plaguing every neighborhood and “helicopters [filling] the sky like birds startled by a gunshot.” The conflict accelerates the relationship, and soon Saeed and Nadia decide to seek out one of the doors they’ve been hearing about, portals to another, safer part of the planet. Using doorways to exit conflict zones, people (mostly dark-skinned) emerge in Western societies to the surprise of other people (mostly light-skinned) and spark controversy. In refugee camps and squatter dens, the couple must protect themselves from the furious “natives” who are organizing mobs to brutalize these vulnerable new arrivals.

Hamid’s prose powerfully evokes the violence and anxiety of lives lived “under the drone-crossed sky.” But his whimsical framing of the situation offers a hopeful metaphor for the future as the “natives” come to accept their new neighbors. “Perhaps they had grasped that the doors could not be closed,” he writes, “and new doors would continue to open, and they had understood that the denial of coexistence would have required one party to cease to exist, and the extinguishing party too would have been transformed in the process.” 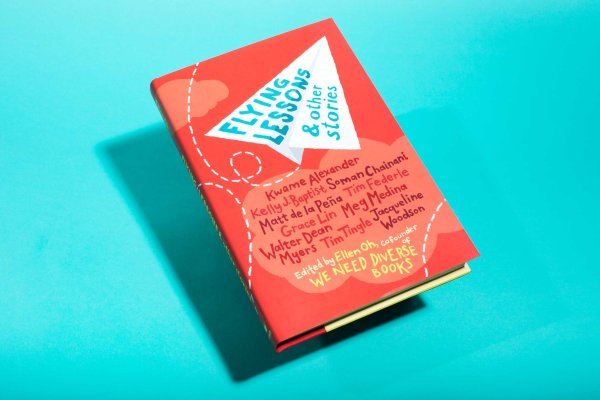 A Collection of Tales That Bind
Next Up: Editor's Pick