The New Orleans skyline reflects on the Mississippi River.
lightkey—Getty Images
Ideas
By Michael Bloomberg
Bloomberg, the founder and CEO of Bloomberg LLP, was the mayor of New York City from 2002 to 2013.

The new Trump administration will dominate headlines in 2017, but the biggest changes in the way we live will be driven not by Washington but by cities.

Even with one party in control of both Congress and the White House, special interests will continue to reign supreme. I wish our new President luck in fixing Washington’s dysfunctional politics, but doing so starts with building trust among members of the other party, which—given the tenor of the 2016 election—may prove impossible.

More likely is that an ongoing trend will accelerate: power will continue to shift away from Washington, where partisan warfare kills off good ideas and honest debate, and toward cities. In cities across the U.S., problem-solving mayors in both parties are experimenting with innovative policies, often in partnership with businesses and citizens. And when innovative ideas work in cities, they often spread to states.

Take education. In New Orleans, Mayor Mitch Landrieu is helping to lead an overhaul of the city’s vocational education, to connect students from low-income families with opportunities to learn skills that can translate into jobs in growing industries. It wouldn’t be happening without strong support from the business community. In Providence, R.I., parents are learning how to expose their preschool children to a greater number of words, which could mean the difference between falling behind in school and staying ahead.

On infrastructure, cities from Seattle to Houston and Phoenix to Detroit have all been building extensions to their transit systems. In 2017, a private company in Texas will seek permission to build a high-speed railway from Dallas to Houston.

Cities are also leading the way on obesity, one of the most serious public-health issues facing the country. Sugary drinks are the largest driver of obesity, and in 2016, five cities and Cook County (which encompasses Chicago) adopted taxes that have been proven to reduce consumption. More will undoubtedly follow.

No issue better highlights the difference between Washington and cities than climate change. Those in Washington see climate change as a partisan issue. Mayors, of both small towns and big cities, see it as a reason to clean the air, save money on energy, build modern infrastructure, protect themselves from extreme weather and attract new businesses. They recognize that reducing greenhouse-gas emissions can make their communities healthier places to live and work.

I don’t know what the Trump Administration will do on climate change. But I am confident that no matter how the EPA is run, and no matter what laws the next Congress passes, we will meet the pledges that the U.S. made as part of the international agreement signed in Paris last year. The reason is simple: cities, businesses and citizens will continue to reduce emissions, and they will not let Washington stand in their way. Fighting climate change has never been primarily dependent on Washington. Over the past decade, Congress has not passed a single bill that takes direct aim at climate change. Yet at the same time, the U.S. has led the world in reducing carbon-dioxide emissions.

That progress has been driven by cities, businesses and citizens, and each group is determined to keep pushing ahead. In fact, if the new Administration withdraws from the Paris Agreement, as the chair of the Global Covenant of Mayors, I will recommend that the 128 U.S. mayors who are part of the group seek to join in its place.

Cities would benefit from stronger leadership and support from Washington, but they aren’t waiting on it. To find out where the country is heading, don’t follow the national headlines. Get involved locally. That’s where the action is.

Bloomberg, the founder and CEO of Bloomberg LLP, was the mayor of New York City from 2002 to 2013. 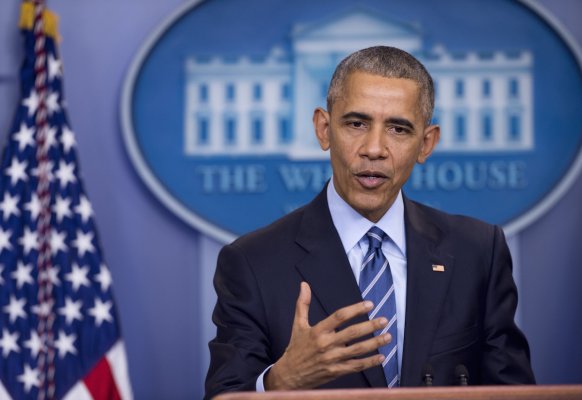 Fear of Foreign Intervention in U.S. Politics Goes Back to the Founding Fathers
Next Up: Editor's Pick