A Collection of Tales That Bind

When Ellen Oh was in elementary school, her teacher read a classic children’s book to the students: Claire Huchet Bishop’s The Five Chinese Brothers. That day at recess, she says, “the kids started to chase me around and do Chinky eyes at me and use ching-chong language.” In art class that afternoon, a boy painted mustard yellow on her arm, telling her she “wasn’t the right color for a Chinaman.”

Oh, who is Korean American, is now an author herself and wants to make sure young readers today feel recognized in their literature. As president of the organization We Need Diverse Books, she has edited an anthology of short stories for middle-grade readers representing the breadth of American childhood. Flying Lessons & Other Stories, to be published Jan. 3, includes contributions from nine award-winning and best-selling authors, including Jacqueline Woodson (Brown Girl Dreaming, 2014) and Grace Lin (When the Sea Turned to Silver, 2016), plus newcomer Kelly J. Baptist, whose story about a homeless boy whose father has died won a contest that’s part of the organization’s mission to build up new writers.

Kwame Alexander (The Crossover, 2014), who wrote a story in verse about a boy who gains the ability to read people’s thoughts after hitting his head, says he likes to tell stories about kids “who happen to be from a different culture or community or background, who laugh and breathe and cry and have hopes and dreams just like every other kid. But they aren’t viewed as other, and they don’t view themselves as other.” Other tales focus explicitly on the feeling of being different: Meg Medina (Burn Baby Burn, 2016) writes about a Latina girl whose father has arranged to paint the gym in her new school in lieu of paying tuition. When a group of students traipse through the workspace and mess up the paint, they see her not as a peer but as less-than. “For kids of color, those little micro-moments happen all the time,” Medina says. “We have to help them make sense of that.”

The stories will also resonate with any kid who’s ever felt different–which is to say, every kid. Soman Chainani (The School for Good and Evil, 2013) contributes a personal story about a nerdy Indian boy on vacation in Spain, who gazes at the cute boy on the beach wondering whether he’s staring because he likes him or because he wants to be him. Chainani notes efforts at inclusion can themselves be segregated–“this is the disability story, this is the gay story.” But for him, there were multiple things that made him feel like an outsider as a kid, including being “a bone” at 6 ft. 115 lb. “It isn’t so much about finding a story that mirrors exactly your situation, but [one that] somehow produces the same feelings.”

“What we want to do,” Oh says, “is to talk about how the human experience is what bonds all of us, instead of putting us into these parcels, these categories, and saying, ‘No, you’re different, and I can’t relate to you.'” 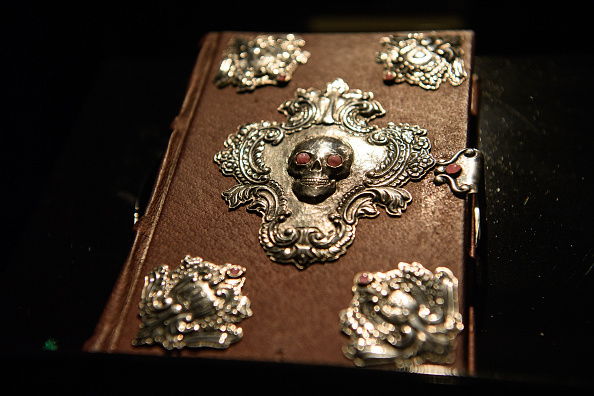 This Rare Harry Potter Book Went for $470,000 at Auction
Next Up: Editor's Pick