When Zsa Zsa Gabor — the actress and personality who died on Sunday at 99 — sat down to write her autobiography in 1959, she explained to TIME the impetus behind the project: “I want to make it clear that I’m not just the dumb blonde who wisecracks.”

But, despite her desire to get away from that reputation, the second half of it was well-earned: Gabor had a way with words, and in fact nobody who was truly dumb would have been able to sling a retort the way she did.

Here are just a few of Gabor’s highlights, as quoted in TIME over the years:

During a public feud with then-husband George Sanders in 1951: “A woman has the right to quarrel with her husband in the afternoon because it is so much fun to make up in the evening.”

When sued for $1 million in 1952 by the French actress Corinne Calvert, for saying that Calvert wasn’t actually French: “It’s much easier to get a million dollars out of a rich husband than it is out of another actress.”

While waiting for her then-beau Porfirio Rubirosa to finalize his divorce in 1955: “I am a very faithful girl even when I’m not married. When Rubi isn’t around, I only date old friends and ex-husbands.”

During an insult-war with Marlene Dietrich in 1956, referring to Dietrich’s age: “I always was a great admirer of Marlene’s, but so was my mother and so was my father.”

When Jack Paar said in 1958 that, when he first saw her he wanted her as a guest on his show “right away”: “Nobody gets me right away.” 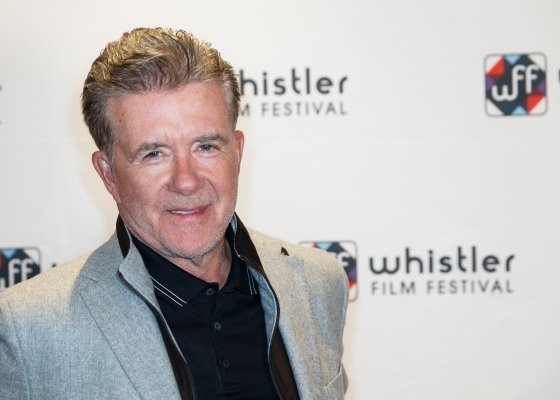 Stars Express Sorrow at the Death of Alan Thicke
Next Up: Editor's Pick