Donald Trump Says His Supporters Were 'Vicious, Violent, Screaming' During the Campaign

President-elect Donald Trump on Friday told his supporters they had been “nasty and mean and vicious” at rallies during his presidential campaign.

“You people were vicious, violent, screaming, ‘Where’s the wall? We want the wall!’ Screaming, ‘Prison! Prison! Lock her up!’ I mean, you are going crazy. I mean, you were nasty and mean and vicious and you wanted to win, right?” Trump said, speaking in Orlando, Florida, at one of the stops on his “Thank You” tour.

Trump’s campaign rallies often grew violent, as protesters clashed with supporters. During the campaign, Trump both defended his rallies as the “safest place you can be” and encouraged violence at them. At a rally in Iowa in February, he told supporters to “knock the crap out of” hecklers. He also offered to pay the legal fees for a support who sucker-punched a protester at a rally in North Carolina. 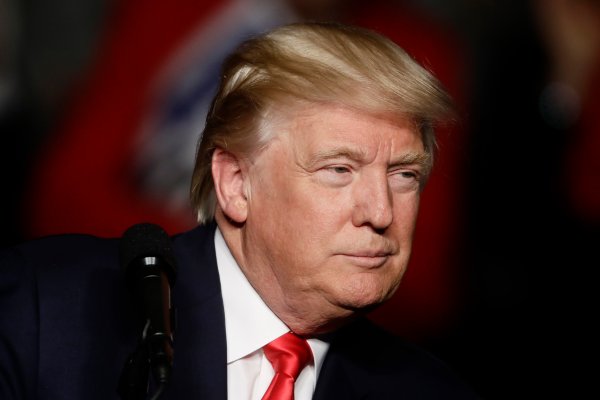 Trump's Ambassador to Israel Says Jerusalem Is Capital
Next Up: Editor's Pick