Review: It's Shirtless Fassbender vs. Catholics in Assassin's Creed

Assassin’s Creed the movie is fairly innocuous. It’s also cheerless and dumb. Michael Fassbender stars as Callum Lynch, a death-row criminal who’s executed before our eyes, only to be brought back to life by a beautiful scientist in flawless red lipstick and a nunlike hairdo. That would be Sofia (Marion Cotillard), and she has a special task for Callum, who is descended from Aguilar, one of the bravest members of a line of freedom fighters known as the Assassins. In 15th Century Andalusia, Aguilar and his cohorts devoted their lives to fighting the Knights Templar—Catholic alert!—a hoity-toity religious military order whose goal was to procure the Apple of Eden, a gizmo with the power to deprive man of free will. (Disappointingly, it’s not even a real apple.) Sofia has built an elaborate apparatus that, when hooked into Callum’s spine, allows him to “regress” into the past and become Aguilar. Her goal—and it’s the goal of her father as well, a Templar baddie played by the silky-cool Jeremy Irons—is to use Aguilar to figure out where, exactly, the long-lost Apple of Eden is hiding. When Callum regresses to become Aguilar, there is much fighting with handily concealed knife blades and so forth.

The plot of Assassin’s Creed is very confusing. No, scratch that: It’s a mess. You might not really care, but the movie—directed by Justin Kurzel, the Australian director whose last picture was a supergritty version of Macbeth, also starring Fassbender and Cotillard—is rife with squandered opportunities. At one point, some sort of 15th century enemy Knight scrambles along a rooftop on his horse. This is fascinating: A horse on a rooftop! How did he get there? How did he get down? These are questions the movie never answers. Cool image, though. There are other flaws: When Fassbender as Callum is shirtless, Assassin’s Creed at least nods in the direction of camp juiciness. But in the Aguilar sequences, Fassbender wears a robe of suitably penitential rough cloth, befitting the character’s seriousness of purpose. Yawn.

The 15th Century wasn’t a great time to be alive, and it’s not even such nice place to visit. We went all the way back in time with Assassin’s Creed and all we got was this lousy apple. It’s not even a real one. 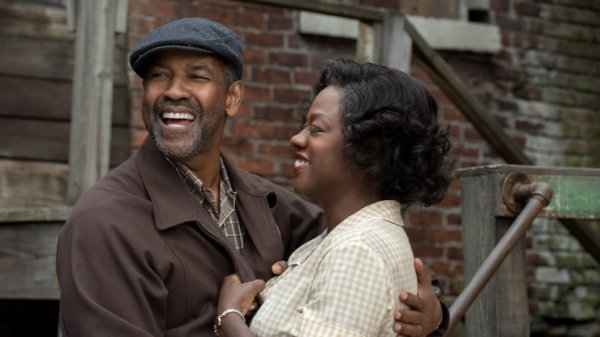