President Obama Says He Feels 'Responsible' for Carnage in Syria

President Obama said Friday that he feels responsible for the ongoing crisis in Aleppo, where carnage has left the Syrian city in shambles.

“I always feel responsible,” Obama said at his final press conference of the year. “Because of my office, because I’m president of the United States. I feel responsible. There’s not a moment during the course of this presidency where I haven’t felt some sort of responsibility.”

President Obama and White House officials have placed a great deal of blame on Russia and Iran as attacks have continued in Syria, which is in the midst of a multi-year civil war. The president on Friday also defended his administration’s course of action in Syria, saying that the U.S. weighed all of the options on the table without having to send war-weary Americans off to battle.

“I understand the impulse to want to do something, but ultimately I’ve had to think about what we can sustain, what is realistic,” he said. The president said he’s always thought about “what’s best for America” when making decisions. “I continue to believe it was the right approach, given what we realistically could get done.”

President Obama said going forward he will help President-elect Trump with any information he may need when it comes to Syria, but until the inauguration it will ultimately be up to him. 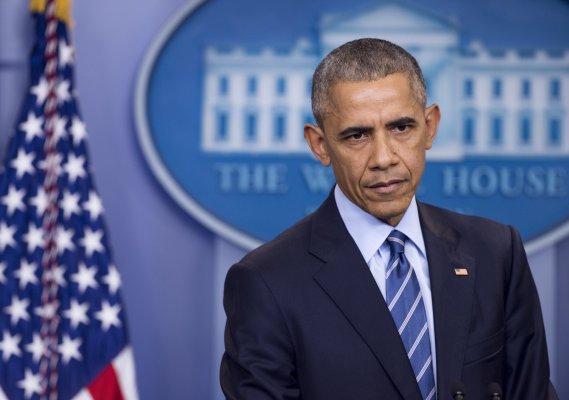 President Obama Warns Russia Over Hacking
Next Up: Editor's Pick