Five bullets struck a 73-year-old California man, killing him, during a fatal encounter with police earlier this week, authorities said.

Francisco Serna died Monday after a Bakersfield police officer believed the septuagenarian was armed and opened fire while the man was standing in his neighbor’s driveway. Authorities had received a 911 call from a neighbor who felt threatened by Serna and warned police of an armed man.

Bakersfield Assistant Police Chief Lyle Martin said at a news conference Tuesday that Serna had one hand in his jacket pocket and ignored commands to stop walking and to take his hand out of his jacket before he was shot.

Officer Reagan Selman fired seven rounds at him. An autopsy shows Serna was hit by five of them, the Bakersfield Police Department said in a statement Thursday.

Serna was in the early stages of dementia when he was shot to death, his family said. Police said they later learned Serna was unarmed and had been holding a wooden crucifix inside his jacket. 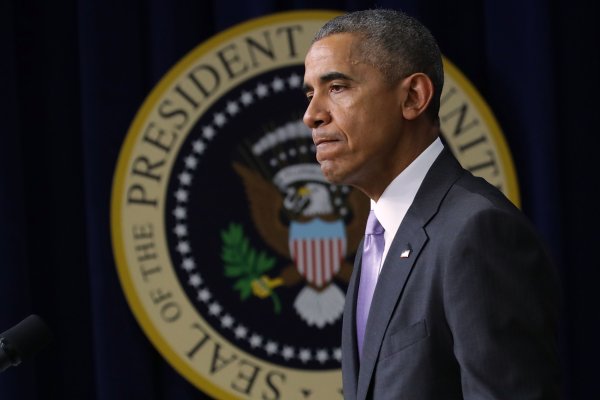 Inmate Rejects Offer of Clemency From President Obama
Next Up: Editor's Pick