Ivanka Trump Was Auctioning Off a Charity Coffee Date. Then It Disappeared From the Internet

A charity auction for a coffee date with Ivanka Trump has been removed from Internet.

The auction was intended to benefit the Eric Trump Foundation, which supports terminally-ill children at St. Jude Research Hospital. However, a New York Times article published Thursday also raised ethical questions about whether face time with an influential member of the future First Family should be up for sale.

Bidding for the coffee outing—which would have lasted 35 to 40 minutes—started at $8,000 on Dec. 5 on CharityBuzz.com. As of Thursday evening, the highest bid for the java date was $67,888, from Russell Ybarra, a Tex-Mex restaurant chain owner who wanted to encourage Ivanka to push her father, President-elect Donald Trump, not to restrict immigration law.

The Times piece quoted ethics lawyers who said that offering meetings with Ivanka Trump to the highest bidder could raise problems given how involved the President-elect’s eldest daughter has been in the transition process. Bidders also included a London-based investment manager who wanted to learn about Trump’s diplomatic plans for countries like Turkey where he invests, and a real estate executive who wanted to communicate with the president about election fraud.

Eric Trump told the Times on Thursday he was considering shutting down the auction. The original link to the site now redirects to CharityBuzz’s homepage, and no explanation was provided as to why the bid was removed. Trump’s transition team did not immediately respond to a request for comment.

Ivanka Trump had told the Times that the charity auction is an annual tradition to fundraise for her brother’s foundation. This year, however, the winning bidder would have been required to pass a criminal background check and be approved by the Secret Service. The meeting would have taken place sometime between Jan. 1, 2017 and Jan. 1, 2018, held either at Trump Tower in New York City or the Trump International Hotel in Washington, D.C. 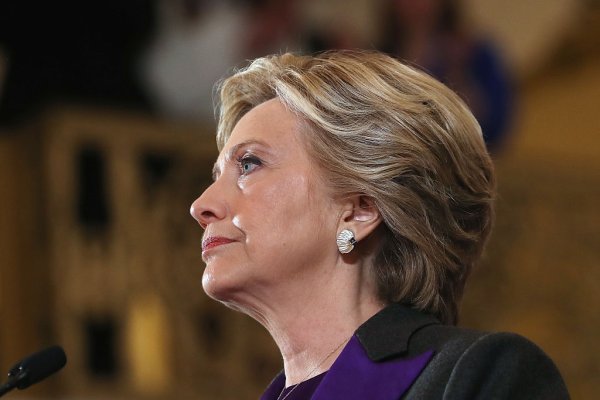