A Guide to Who Mariah Carey Does and Doesn't Know Featuring Taylor Swift, Demi Lovato and Beyoncé

This holiday season, Mariah Carey’s shade is the gift that keeps on giving.

The elusive chanteuse and shameless star of Mariah’s World was responsible for some very festive moments during Watch What Happens Live! — including spiking Andy Cohen’s hot chocolate and requesting grooming for her baby hairs — but nothing could top her antics while playing a game that Cohen created titled, “Do You Know Her?”

The game, a light-hearted riff on the ubiquitous time she said she “doesn’t know” J. Lo, consisted of Mariah gamely revealing whether or not she knew many of the pop stars of the moment. Needless to say, shade was thrown recklessly and unabashedly, no doubt bringing joy and delight to her fans.

On Lady Gaga: “She came to my show…she was very sweet and I enjoyed the moment.”

On Taylor Swift: “Very nice girl. Met her once, she was really sweet. She came up to me.”

On Madonna: “Never had a conversation with her.”

On Katy Perry: “Nice girl, she came to my show as well.”

On Miley Cyrus: “I think we met in a bathroom. I don’t know.”

However her other responses revealed she didn’t have much to say about Ariana Grande and Demi Lovato; Grande has often been compared to a young Mariah Carey, while Lovato has even said that Grande was better than Carey and put her on blast for being “nasty” to J. Lo.

On Demi Lovato: “I don’t know her either, and so I wouldn’t say anything to her.

On Demi Lovato’s comments about her: “She should come up, introduce herself to me, say here’s my opinion, ‘What do you think about it?’ That’s how you handle s—t, okay?”

There’s one person in entertainment, however, that Carey only has respect for, and that’s Queen Bey.

On Beyoncé: “We’re friends. I think she’s one of the most talented women out there and I just love her.” 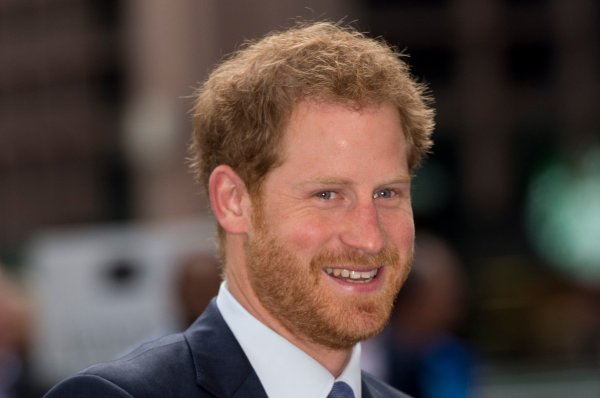 Prince Harry Opens Up About Carrying On His Mom's Legacy
Next Up: Editor's Pick