After the megasuccess of this summer’s Stranger Things, Netflix is giving sci-fi fans another look into the unknown with The OA, the new series debuting Friday. But while Stranger Things crossed over and became a surprising delight thanks to its open-hearted embrace of ‘80s genre conventions, The OA’s oddity tends, over the course of eight episodes, to read as pretension. It’s a winter binge suited for die-hards, but the viewer who needs a boost (character development, clear storytelling) to enter an imagined world will find the series a tough sit.

It’s difficult to summarize the plot. Part of that is the show’s dependence on surprise; part is that so much of the show’s story moves from incredible to just plain not credible, and putting it into print, or even thinking it through, diminishes it. In brief: Prairie (Brit Marling, the independent-film actress and writer who co-created this series) has been returned home to her adoptive parents after a lengthy absence, during which she has somehow, miraculously, regained the sight she lost in childhood. The show, in flashback, tracks her period of Room-like imprisonment by a monstrous man (Jason Isaacs) who seems to have motives beyond pure sadism; it also follows her coming into a set of powers that seem to extend into the paranormal.

Marling and Isaacs are both strong, as is Emory Cohen, one of Prairie’s fellow inmates in her terrarium-like prison. The scenes in which Marling is interacting with either actor are the series’ best, as in a deeply tense scene during which she feels her way around a kitchen to make a sandwich for her captor, pushing through her inability to see in order to prove her value as a prisoner. In these scenes, the strangeness of Prairie’s situation is given tight, rigorous focus—the sort of control that imagination needs in order to keep from losing its balance. Outside captivity and in the present day, The OA is burdened with too many characters (including The Office’s Phyllis Smith, ably pushing against the limits of an underwritten role) working sometimes against each other and sometimes in concert. They are pushing toward a goal that’s confusingly opaque, until, with a thuddingly unsatisfying conclusion, it’s revealed all at once. Scenes with Prairie’s parents coming to terms with what their daughter suffered are, as they were in the movie Room, emotionally wrenching. But here, they’re surrounded by impenetrable interdimensional dross (in episodes that are frankly too long). And so they come to feel like manipulation, reminders to jolt the audience rather than expressions of curiosity about Prairie’s plight or ways to build out her world.

What Marling and co-creator (and frequent movie collaborator) Zal Batmanglij have created is a work that’s so enraptured with TV’s potential to endlessly embroider—pushing deeper and deeper into a mythology that may not be fully thought-out—that it neglects the basics in a way a film cannot, really. Each episode seems to kick the can a little further, procrastinating on meaningful insight. The things on The OA that work, like Isaacs’ and Marling’s toxic chemistry, cast into relief just how little the stuff in the present day, with Marling serving as a tutor of sorts on the mysteries of the universe to her team of cosmic avengers, has been thought-through. Alternately lugubrious and rushed, the revelation of Prairie’s imprisonment and her powers has more in the way of shock value (wow, they’re actually doing this?) than meaning or artistic nourishment.

It’s worth remarking on the show’s unique release schedule. Netflix announced The OA’s release only a few days in advance and with the barest-bones level of detail, as close as any television broadcaster has come in recent years to dropping a genuine surprise series and “pulling a Beyoncé” without actually pulling a Beyoncé (give or take the HBO broadcast of Lemonade). The strategy makes life a bit more exciting for TV fans but does little more than that—ultimately, the show is the show, and will be watched by people on Friday or two years from now. Judged outside the excitement of this week, The OA has some great sci-fi elements, but it fails to transport to another dimension in the way the best—and most carefully, thoughtfully made—art can. 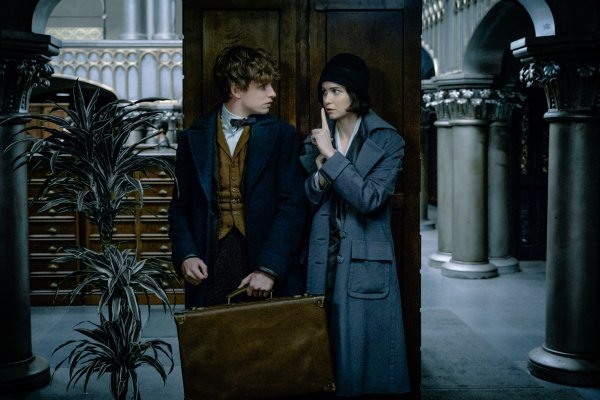 These Are the Best and Worst Movie Franchises of All Time, According to Rotten Tomatoes
Next Up: Editor's Pick