The legislature of military-ruled Thailand convened on Friday to mull revisions to a cybercrime law that critics say are too vague and restrict freedom of expression, with lawmakers appearing to disregard a petition signed by 300,000 people asking for revisions and public consultation.

Its detractors say the bill, which amends an already controversial Computer Crimes Act passed in 2007, contains provisions that would give the country’s junta too much reach and violate people’s privacy, and will reportedly establish a five-member committee to screen the web for content that authorities deem to violate “public morals.

The CCA, as the law is known, has been used in the past to penalize journalists, rights activists and others in a number of high-profile cases viewed as politically motivated.

An online petition launched by the Thai Netizen Network (TNN) quickly gathered support, the Bangkok Post reports. It called on lawmakers to “revise the bill and listen more to public opinion.”

TNN founder Sarinee Achavanuntakul told the Post in the lead-up to the bill’s passage that the new rules could allow authorities to shut down websites with a court order.

Thai junta leader Prayuth Chan-ocha has reportedly rejected claims that the revised law could be used to lock up government critics, but said it was targeted at “inappropriate content” like pornography, according to local newspaper the Nation.

“The new law is aimed at protecting the public good,” and “not a blanket permit” to put 70 million Thais under surveillance, the Nation quoted Prayuth as saying. “We have seen many inappropriate and illegal websites and we need the legal tools to tackle them.”

Thailand is undergoing a sensitive political transition after a royal succession this month saw King Maha Vajiralongkorn ascend the throne. He succeeds the country’s beloved King Bhumibol Adulyadej, who died on Oct. 13 in the capital Bangkok.

The Thai junta, which seized power in a May 2014 coup, already has a number of draconian defamation laws at its disposal. The country’s lèse majesté law, which outlaws anything perceived by authorities as an insult to the royal family, is among the strictest of its kind.

Human-rights advocates, lawyers and activists fear that the new measures will further encroach on Internet freedom. 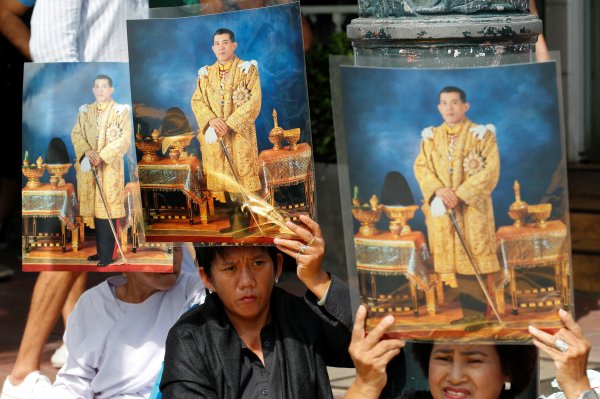 Thais Wait to See How Their New King Will Use His Power
Next Up: Editor's Pick