Why Matthew McConaughey Begged for the Chance to Do Voiceover Work

Matthew McConaughey arrives at the premiere of "Sing" on December 3, 2016 in Los Angeles, California.
Steve Granitz—WireImage/Getty Images
By Eliza Berman

Matthew McConaughey has one of the most recognizable voices in show business. One might assume McConaughey would have a long list of animators competing with auteurs for access to his Texas twang. But, in fact it, was he who had to seek out the opportunity to attach his voice to a furry, two-dimensional face (or two). In Kubo and the Two Strings, released this summer, he was a proud samurai trapped in the body of a beetle. And in Sing, out Dec. 21, he’s a cash-strapped koala, Buster Moon, who stages an amateur singing competition as a last-ditch effort to save his floundering theater.

Calling from a highway somewhere along the California coast last month—because where else would McConaughey be calling from?—the actor spoke to TIME about the appeal of voiceover work, singing along to his children’s favorite songs (“Call Me Maybe,” for one) and the other desperate businessman he plays, in the forthcoming drama Gold (Jan. 27).

TIME: You’ve had two back-to-back animated movies out in the span of a few months. Is that a coincidence or was it intentional?

McConaughey: Intentional. I had been looking to do voiceover work in animated films for years, but honestly couldn’t get hired. I was letting my agent know: please get me on the market. I think having kids, turning them on to animated films, hearing them laugh and going back and looking at what is it they thought was funny—and then you end up, as a parent, watching some with them. For Kubo, they told me they heard me do an interview on NPR with Terry Gross and they were like, “That’s our beetle.” I always thank NPR for that, because they have the best microphone—they make everyone sound great! And then [Illumination Entertainment CEO] Chris Meledandri came to me for Sing.

Director Garth Jennings said that a main reason why he cast you was for the infectious optimism you’re able to express with your voice. Is it a different challenge, acting with your voice as your only tool?

For me, it was pretty fun and easy. I came in and they were happy with what I had come in with, so then it was just play from there on out. We’re only using audio tapes. Sing the line, don’t sing the line, whisper the line. It’s all for free. I added things. I gave Buster humming tunes and second line brass band New Orleans jazz beats. Even if they weren’t in the script, I threw ‘em out and said, “Just record them, maybe you’ll find a spot for it.” And a couple of them, they did. There’s a real freedom to it that I look forward to taking back to my live-action acting, because there’s no self-consciousness whatsoever, because there’s not a visual. You can wear shades and a hat and pajamas if you want. What could go wrong? A bad recording? So what?

How comfortable do you feel as a singer?

I go around the house humming or whistling some ditty, and like most people, sing in the shower—and it sounds real good to the person who’s singing it. We put that song in Magic Mike, where Dallas, my character, plays. The song and the dance of it all was really fun. I did end up singing something to Scarlett Johansson’s character, the porcupine. I was like, I know this song, my daughter loves this song! Carly Rae Jepsen, “Call Me Maybe?” That was really fun, to just rip that out.

How do you go about getting in touch with the inner life of a koala?

Look, I didn’t take anything too literally. I didn’t go [in Australian accent], “Oy matey, I’m a koala bear.” A koala bear hustler-dreamer-salesman who BS’s his way and wills things into happening and is up and then down and then his friends pick him up. It was a bit of Barnum and Bailey, like, how do you keep the tent raised if you’re running the circus? You’ve got to over-leverage yourself. And so I looked around at some of the people who work in my own life. I’m like, all these people over-leverage themselves. You say yes, I can do that! Yes, I’ll do that! And you just get as many fires lit as possible and you stay on top and hopefully one of them will catch.

Is it one of those animated movies that’s made as much for adults as it is for kids?

Is it kid-friendly? Absolutely. But my wife got teary-eyed at the thing. She loved it. And the kids absolutely loved it. It’s the story of overcoming fears and a good lesson in the middle of it but highly entertaining for the parents. Some of the characters are parents and are really funny. The pig Reese [Witherspoon] plays is a great parent with a really funny home life. My wife, as a mother, was really tuned into her character’s story.

It’s been such an intense, divided time in our country. How much value do you place on just carving out time for a little silliness?

Are you still hung over from last night? [Ed. note: This interview took place on Nov. 9, the day after the presidential election.] I hear you. When is that ever—as far as entertainment, which is what we’re doing—when is that ever really out of style? So many people want to go to the theater and it isn’t like it’s a rule: here comes the fall, better get serious. It is historically the time where you’re going to see more dramas or “higher art.”

Sing is a far cry from the other movie you have out soon, Gold, but does Buster Moon have anything in common with gold prospector Kenny Wells?

You’re going to see some salesman hustle in Kenny Wells, too. You’re going to see a guy who’s down on his luck and almost wills his way into pulling off what he pulls off. So yes, both are hustlers, both are salesman. But Kenny Wells is based on of my dad and people he did business with and people I’ve met that have just been on the bottom of the barrel but somehow find a way to get up every morning and become almost larger than life and say, “Today might be the day.” There are some similarities. But I don’t think they’ll compete with each other. 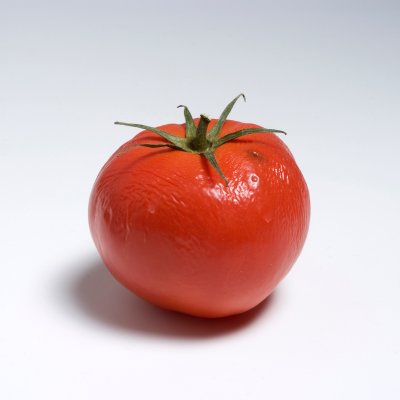 These Movies Were All Certified Fresh by Rotten Tomatoes in 2016
Next Up: Editor's Pick