It took twelve jurors less than two hours to decide the fate of Dylann Roof, the avowed white supremacist who killed nine parishioners in a Charleston church in 2015. On Thursday, after an emotional seven-day federal trial, Roof was found guilty of all 33 charges of murder, attempted murder and federal hate crimes.

Roof faces either the death penalty or life imprisonment for his crimes.

Throughout the trial, which began and ended with testimony from two of the adult survivors of the massacre, Roof’s defense team was restrained. The 22-year-old defendant had confessed to the crimes in a lengthy interview with investigators; the issue before the court was whether or not Roof’s act was a hate crime and whether it impeded on the Emanuel A.M.E. church members’ religious freedom, the defense argued.

During closing arguments, a prosecuting attorney described Roof’s shooting as an act of “tremendous cowardice” fueled by “cold, calculated hatred,” according to the Post and Courier. The victims were displayed before the court both as they lived— smiling and happy—and as they died, ravaged with bullets and covered in blood in the church basement.

Prosecuting attorneys sought to paint Roof’s shooting as a carefully planned event, using mapping technology and expert testimony during the trial to put the 22-year-old at or near the Emanuel A.M.E. church in the months before the shooting. A list of other black churches in the area was also presented as evidence.

After his arrest, Roof told investigators that he “had to” shoot up the church, accusing other white supremacist groups of being such in name only. “I had to do it because somebody had to do it,” he said. In his car, a notebook detailing his beliefs on whites, blacks, Latinos, Jews, and other racial and ethnic groups was also found.

“The defendant has no claim to bravery, but you have heard of bravery in this case,”said Assistant U.S. Attorney Nathan Williams, reports from the court say. Williams called the victims and survivors heroes in his statements.

Roof’s defense, lead by renowned death penalty attorney David Bruck, used its closing arguments to sow doubt that the 22-year-old’s motivations were clear.”Why, why did Dylan Roof do this? Why was he motivated? What is the reason?” Bruck asked, according to live reports from the court.

After Roof was found guilty on all 33 counts, including committing hate crimes that resulted in death, Southern Poverty Law Center president Richard Cohen issued a statement calling the defendant the “modern face of domestic terrorism.”

“Dylann Roof represents the modern face of domestic terrorism: the extremist who acts alone after being radicalized online,” the statement reads. “Charleston is still healing from Roof’s horrific, racially motivated crime, as is our nation. Our hearts go out to the victims’ families who will forever mourn the loss of their loved ones.”

The full extent of Bruck’s role in the trial, who also defended Boston Marathon bomber Dzhokhar Tsarnaev, was unknown in the days leading up to opening statements. Roof asked the judge if he could dismiss his attorneys and represent himself amid jury selection, only to backtrack and ask that his attorney only represent him during the guilt phase of the trial. With a verdict handed down and the sentencing phase set to begin soon, Roof will defend himself against the federal government’s call for the death penalty.

At issue appeared to be Bruck’s interest in presenting evidence that called Roof’s mental capacity into question. Throughout the guilt phase, Bruck made attempts to call witnesses or enter evidence that spoke to Roof’s mental state only to be blocked by the judge. On Thursday, U.S. District Judge Richard Gergel again suggested to Roof that he should not represent himself. The 22-year-old will have until Jan. 3 to change his mind, according to live tweets from the trial. 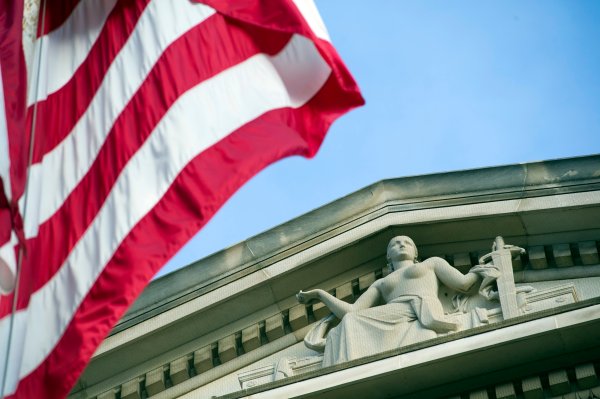 The U.S. Is Suing a Michigan Town for Blocking a Mosque
Next Up: Editor's Pick