The U.S. Is Suing a Michigan Town for Blocking a Mosque

The Justice Department filed a lawsuit Thursday against Sterling Heights, Mich., alleging the city discriminated against an Islamic center after it rejected plans for a mosque last year.

The complaint, which was filed in the U.S. District Court of Michigan’s Eastern District, argues that Sterling Heights discriminated on the basis of religion when it refused to approve the American Islamic Community Center’s request to build a mosque on five adjoining pieces of land. The Department of Justice also claims the city imposed a substantial burden on the Islamic group’s religious exercise.

The Islamic center is currently located in nearby Madison Heights, and mosque leaders said they want to move because they need more space, the Detroit Free Press reported last year. Sterling Heights officials told the Free Press their opposition to the mosque was not based on prejudice, instead bringing up concerns about traffic, congestion and property values. However, some local residents spoke strongly against Islam at a City Council meeting before the city made its decision.

Mosque leaders filed suit against Sterling Heights in August, the Free Press reported, prompting the investigation that led to the Department of Justice lawsuit.

The city of Sterling Heights responded to the Department of Justice lawsuit on Thursday, saying it has “a solid reputation for inclusiveness and tolerance reflected in a wide variety of places of worship across the City,” according to WDIV.

“Sterling Heights will continue to foster faith-based inclusiveness and understanding with local partners including our city’s school districts, religious organizations and other community groups,” the city’s statement to WDIV said. “With the above in mind, the City has cooperated fully with the Department of Justice in this matter, and is surprised and disappointed in its decision to initiate this lawsuit at this time. The City maintains that the AICC application for special approval land use to construct a mosque was considered and denied by the City’s Planning Commission based on established land use criteria including the incompatibility with adjoining uses, insufficient parking, as well as overall size and height of the building, and not emotional feelings tied to religious beliefs either for or against the applicant.” 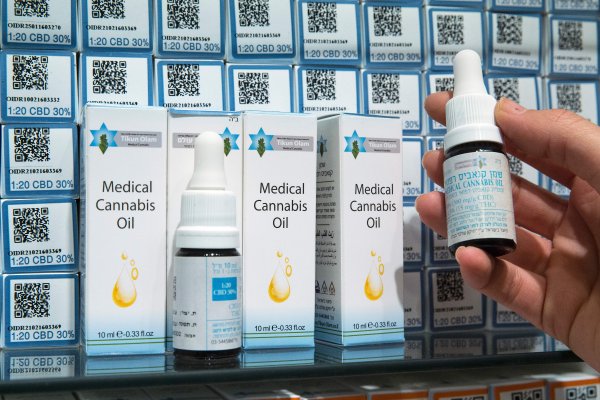 What the New Regulation on Marijuana Extract Means
Next Up: Editor's Pick