The DEA Just Issued a New Rule on Marijuana Extract. Here’s What It Means

An Israeli employee carries a bottle of medical cannabis oil being sold for prescription-carrying patients at a dispensary by Israeli medical cannabis company Tikun Olam in the coastal Israeli city of Tel Aviv on Mar. 2, 2016.
Jack Guez—AFP/Getty Images
By Justin Worland

A newly finalized rule from the Drug Enforcement Administration (DEA) classifies marijuana extract as a Schedule I drug separate from marijuana—a decision that removes any question that substance is illegal at the federal level.

The regulation creates a new identification number for marijuana extract to allow the DEA and other agencies to track shipment of the product separately from marijuana. It also clarifies any confusion about whether dealers of the extract would face the same consequences as dealers of the drug itself.

“For practical purposes, all extracts that contain CBD will also contain at least small amounts of other cannabinoids,” the DEA said in its rule, using an acronym for the extract cannabidiol. “However, if it were possible to produce from the cannabis plant an extract that contained only CBD and no other cannabinoids, such an extract would fall within the new drug code.”

The new regulation is the result of a rule-making process that incorporated a variety of viewpoints, the DEA said. The goal was to make the U.S. approach to marijuana extract consistent with international standards.

Marijuana extract is a wax-like substance with concentrated THC and CBD—the primary constituents of marijuana. 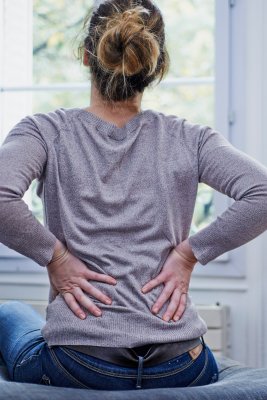 If You Take Ibuprofen Often, Read This
Next Up: Editor's Pick