What Is a Polar Vortex? Here's What to Know About Arctic Chill Headed Your Way

Anna Kaufman, left, and Hannah Rindlaub, right, ski down Riverfront Street in Bend, Ore., with their dog, Tula, during a winter storm on Dec. 8, 2016.
Jarod Opperman—The Bulletin/AP
By Abigail Abrams

With arctic winds and cold temperatures headed for much of the Midwest and Northeast United States this weekend, many people have begun to talk about the infamous polar vortex.

Thursday saw temperatures below zero across the Upper Midwest and in places like Iowa, Illinois and Indiana, according to the Weather Channel, and a second round of the chill is headed for the Northeast starting on Friday. A messy storm of snow and freezing rain will also move in this weekend, the National Weather Service predicts, covering areas from the Rockies to the Mid-Atlantic states.

As you bundle up and prepare for a weekend of cold, here’s what you need to know:

What is a polar vortex?

The polar vortex is a big area of low pressure and cold air that surrounds both of Earth’s poles. It stays there all year long, according to the National Weather Service, but it gets weaker in the summer and stronger in the winter.

During winter in the northern hemisphere, the polar vortex can expand and send cold air southward, causing temperatures to drop in North America, for example. It can also cause surges in parts of Europe and Asia.

Is this a new phenomenon?

The polar vortex is not new at all. It has become more popular in recent years, especially after the record-breaking low temperatures in 2014, but the phenomenon has always existed. Some meteorologists even say the term was around before the Civil War.

How low will temperatures be?

This weekend, temperatures could be the coldest we’ve seen this month, according to the Weather Channel. Places like Montana, the Dakotas and other parts of the Midwest could see temperatures as low as the teens and 20s below zero this weekend, while the Northeast will likely be coldest on Friday with lows 15-30 degrees below average for this time of year.

Does the polar vortex have anything to do with climate change?

The polar vortex is not related to climate change, NBC explains. “Climate change is not based on a single event like a polar vortex-induced cold snap. It’s measured over a long period of time and government statistics, going back to 1880 when record-keeping began, show that on average, the world’s annual temperature has been ticking upward,” the Today Show’s Al Roker told NBC. 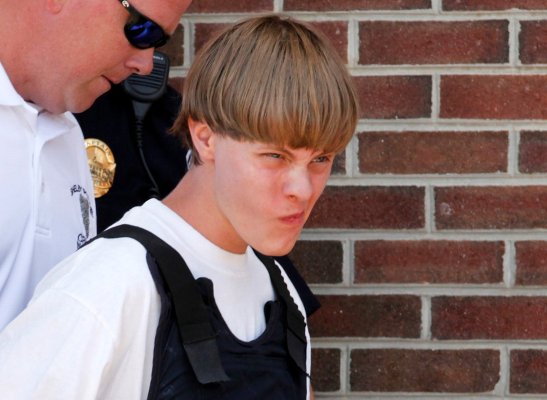 Dylann Roof Found Guilty of All Charges in Charleston Church Shooting
Next Up: Editor's Pick