Chinese Newspaper: Donald Trump’s Policy Means China May Have to Use 'Force' to Recover Taiwan

A Chinese magazine featuring US President-elect Donald Trump on the cover is seen at a newsstand in Shanghai on December 14, 2016.
Johannes Eisele—AFP/Getty Images
By Julia Zorthian

The Chinese Global Times, a newspaper seen as a voice of the Communist Party in Beijing, suggested in an editorial column Wednesday that after President-elect Donald Trump showed a potentially different approach to China policy—largely through a call to Taiwan’s President—China should consider using force.

Trump spoke with Taiwanese President Tsai Ing-wen on the phone earlier this month, throwing out decades of U.S. protocol under the “One China” policy. The U.S. had not acknowledged Taiwan’s government since formally establishing relations with China in 1979. Now, the Global Times has argued that China may need to apply additional force to realize “reunification” with Taiwan, the Guardian reports.

“It is possible for Washington to activate the Taiwan card in a crude manner at any moment,” the editorial said. “It might be time for the Chinese mainland to reformulate its Taiwan policy, make the use of force as a main option and carefully prepare for it.”

The editorial continued to say it hopes “peace in the Taiwan Straits won’t be disrupted,” but ultimately that China needs to be willing to use force as a deterrent to Taiwanese independence activity. 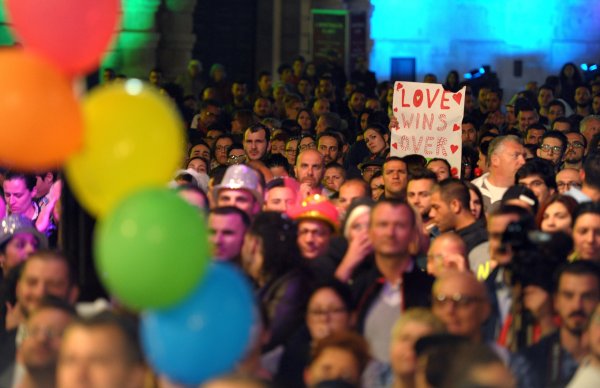 Why the Tiny Island of Malta Has Europe's Most Progressive Gay Rights
Next Up: Editor's Pick