An Islamist cell on the Indonesia island of Java successfully radicalized a domestic helper who had worked in Singapore and Taiwan, and convinced her to attempt a suicide bomb attack on the offices of Indonesia’s President. That’s according to an interview given by the 27-year-old helper on Indonesian television Tuesday, cited in the Straits Times.

Dian Yulia Novi was arrested with six accomplices at the weekend, accused of plotting to detonate a massive bomb at the presidential palace in Jakarta. She is the first would-be female suicide bomber arrested in Indonesia.

Her interview with Indonesia’s TVOne news channel took place while in police custody. During the interview, Dian, an Indonesian national, said she had been working as a domestic helper for a family in Singapore for 18 months and looked after three young children. She reportedly admired and was “inspired” by jihadist profiles on Facebook before being introduced to the members of a terrorist cell based in the central Javanese city of Solo.

According to the Times, the cell was established by Indonesian ISIS member Bahrun Naim, currently fighting with the terrorist organization in the Middle East.

Writing in Indonesia’s Tempo news magazine in July of this year, analyst Sidney Jones, director of the Institute for Policy Analysis of Conflict, said it was only “a matter of time before we see a female suicide bomber in Java.”

Dian said she was prepared to kill and main “for the sake of Allah.” Her account will fuel already considerable fears of ISIS’ encroachment in the region.

ISIS has reportedly attempted to radicalize domestic helpers in Hong Kong on previous occasions. Last year, an Indonesian domestic helper in the semi-autonomous Chinese city sent funds to Bahrun’s cell to buy bombmaking materials, according to a terrorism expert advising the Indonesian government. A plot to attack churches and other targets across Indonesia was broken up before the explosives could be used.

ISIS has meanwhile been operating a brigade in Syria called Katibah Nusantara, made up of Malay-speaking militants from Indonesia, Malaysia and the Philippines, and has been publishing a Malay-language newspaper to increase its regional appeal.

Several militant groups in Southeast Asia have also pledged allegiance to ISIS, among them the East Indonesia Mujahideen in Central Sulawesi province, and Abu Sayyaf in the southern Philippines. Terrorist attacks in Indonesia and Malaysia in July were blamed on militants with links to ISIS.

There are around 125,000 Indonesian women working as domestic helpers in Singapore, according to the Times. 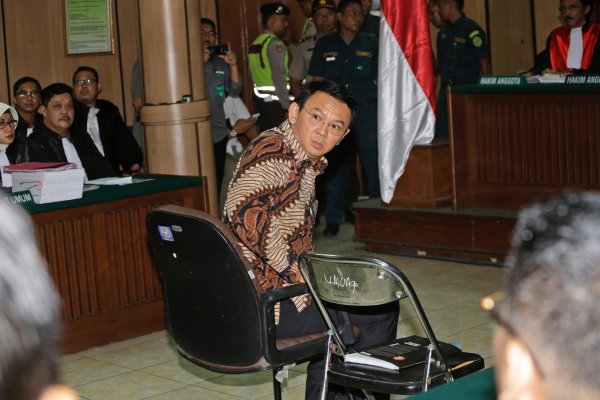