Read Malala Yousafzai's Statement on Aleppo: 'Prayers Are Not Enough. We Must Act'

Education activist Malala Yousafzai called reports of atrocities against civilians in Aleppo, committed by pro-Syrian government forces, “the worst of our past repeating itself.”

“When I look at Syria, I see the Rwandan genocide,” she said in a statement shared on the Malala Fund’s Facebook page on Wednesday. “When I see the desperate words of Bana Alabed in Aleppo, I see Anne Frank in Amsterdam.”

The U.N. reported on Tuesday that 82 civilians were killed in Aleppo by advancing pro-Assad troops ready to recapture the city. An emergency U.N. meeting was called on Tuesday amid reports of the executions of civilians. “To the children under siege in Aleppo, I pray that you will get out safely,” Yousafzai said. “I pray that you will grow up strong, go to school and see peace in your country some day.” 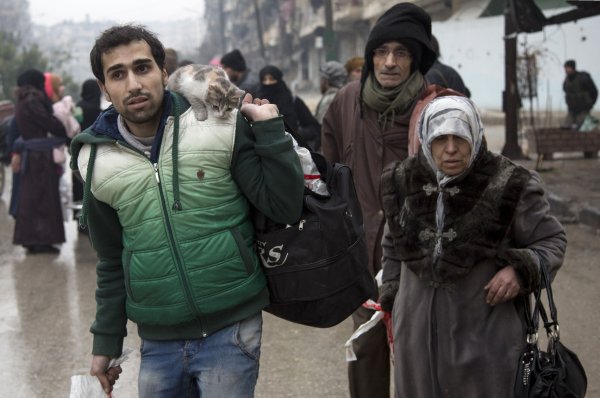 5 Ways You Can Support the Victims of Aleppo
Next Up: Editor's Pick