If You Take Ibuprofen Often, Read This

There’s a conventional wisdom around the fact that over-the-counter drugs, which don’t require a prescription, are relatively safe. After all, if they came with dangerous side effects, they wouldn’t be sold without a doctor’s oversight—right?

But there’s a growing body of data suggesting that perhaps the most popular non-prescription drugs, pain killers known as non steroidal anti-inflammatory medications, or NSAIDs, as well as acetaminophen, may come with more long-lasting and potentially negative side effects than most people think.

In the latest study on the drugs, published in the American Journal of Epidemiology, researchers led by Dr. Gary Curhan at Brigham and Women’s Hospital report that among women, long-term regular use of analgesic NSAIDs and acetaminophen is linked to higher risk of hearing loss. Analyzing data collected from more than 55,000 women in the Nurses’ Health Study, they found that people who reported using an NSAID like ibuprofen, or acetaminophen for more than six years showed 9% to 10% higher risk of having hearing loss more than a decade later. Those who used aspirin did not show similar problems with hearing. (The women answered questions about their NSAID or aspirin use every two years.)

“I worry that people think NSAIDs and acetaminophen are completely safe, and that they don’t need to think about their potential [side effects],” says Curhan. “But particularly for people who are taking them for chronic pain, I try to encourage them to look at why they are having the pain, not what they can take to try to treat the pain.”

The findings are only the latest to raise questions about the long-term safety of non prescription painkillers. If used as directed—for occasional, short term relief of pain—the medications are relatively safe. But because they are non-prescription, many people take them routinely to treat things like recurrent headaches and aches and pains, rather than addressing the root cause of the pain. Some also use the drugs as pre-workout insurance policy against sore muscles after exercising, or to help them fall asleep. “People need to be more aware of the potential down sides of long term analgesic use,” says Curhan.

Recent studies found that regular use of the drugs increased heart failure risk, kidney problems and hypertension. Now hearing may be affected by long term use of the drugs. While the current study did not explore how the medications affect hearing, previous work suggests that the drugs may either affect cells in the ear or affect blood and oxygen flow to sensitive parts of the organ that may compromise hearing.

“One of the messages we try to make people aware of is that even though these drugs are over-the-counter, and they don’t need a prescription and are safe for short term use, as far as people taking them long term, there are lots of considerations that people don’t always take into account,” says Curhan. 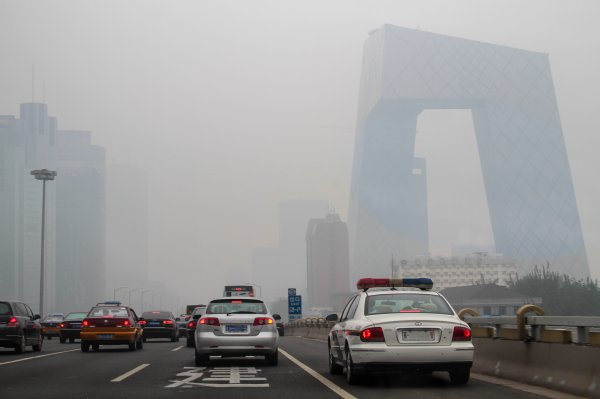 Why Drug-Resistance Genes Are Showing Up In Smog
Next Up: Editor's Pick