The third of only seven copies of J K Rowling's handwritten and personally illustrated 'The Tales of Beedle the Bard' is displayed at Sotheby's auction house on December 9, 2016 in London, England.
Leon Neal/Getty Images
By Megan McCluskey

A handwritten copy of the J.K. Rowling story The Tales of Beedle the Bard sold for $470,000 at a Sotheby’s auction in London Tuesday. The bejeweled one-off edition — which belonged to original Harry Potter publisher Barry Cunningham — was one of six copies of the Potterverse spinoff the author penned and illustrated to thank those most responsible for the success of her debut series, according to the BBC.

This particular copy includes a personal dedication from Rowling to Cunningham. “To Barry, the man who thought an overlong novel about a boy wizard in glasses might just sell… THANK YOU,” it reads.

The Tales of Beedle the Bard most notably played a role in the Harry Potter universe in The Deathly Hallows, as one of its fairly tales — “The Tale of the Three Brothers” — revealed the existence of the Elder Wand, the Resurrection Stone and the Cloak of Invisibility to Harry, Ron and Hermione. 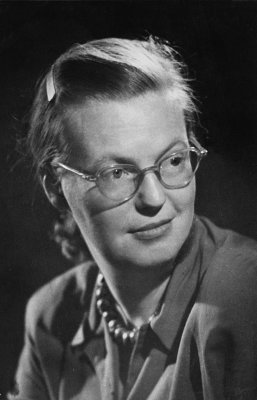 Shirley Jackson at 100: What Critics Said About Her Work
Next Up: Editor's Pick