This was not supposed to happen. The world pleaded, cajoled and bullyragged Nintendo into putting Mario on smartphones. All-knowing Carnac-like analysts wouldn’t shut up about the idea even as the masterminds behind some of gaming’s most enduring franchises repeatedly balked. But with Super Mario Run, a $10 vamp on Nintendo’s iconic series about a turtle-clobbering plumber out for iOS devices Dec. 15, it’s finally happened.

Also, a little surreal. Poking Mario’s cherubic, mustachioed mug in my smartphone’s rows of apps feels transgressive, like I’ve hacked into an illicit knockoff (or, worse, a bait-and-switch). But launch the interactive tutorial, and off he goes, the scampering star of a bona fide Nintendo game that doesn’t run on Nintendo hardware. Nothing else looks or plays like an authentic Mario escapade, and Super Mario Run feels like one for the ages.

This is the Mario those who grew up with Nintendo know best, the one who dashes left to right across fields of grassy blocks, rivers of coins and grooving flora at the quaint end of the psychedelic spectrum. The difference here is that Mario (or other characters players can eventually unlock like Luigi and Princess Peach) moves automatically as soon as a level loads, animated by an algorithm instead of you. This may give the impression that Nintendo’s cribbing instead of innovating, jamming Mario and pals into the framework of an endless runner like Temple Run or Sonic Dash.

It’s the other way around. For starters, there’s nothing endless about it. Each of the game’s 24 levels has a beginning and end, and all the goofy scenery sandwiched between feels purpose built instead of procedurally piped in. (Often the endless in other endless runners is more about keeping you playing—and paying micro transactions—than intentioned design.) Thus every harlequin block, swiveling fireball lever or juking smiley-faced cloud in Super Mario Run is exactly where it needs to be to situate (or complicate) the game’s wealth of platform puzzles. Bookend bosses haunt torchlit castles and flying boats, and finish lines are still comprised of flagpoles players have to do their best to vault atop. It’s so visually Super Mario-ish, in fact, that you’d be forgiven for mistaking it for a port of 2006’s New Super Mario Bros. for the Nintendo DS handheld.

It’s in motion that Super Mario Run feels like a franchise renegade. Instead of controlling Mario directly, you tap to interrupt his default motion and make more imaginative choices. Like redirecting him to sop up rows of coins or trounce trundling enemies with last second spins. A quick rap makes Mario hop, while a longer one boosts him twice as high. If you need to clear a chasm, tap midair and he’ll pirouette, gliding a bit further. Or if you’re about to overshoot a target, slide your finger left to stall and drop straight down. It’s all ABC-easy-as-123. And yes, you really can play one-handed.

This simplicity masks deeper layers. Tap near a wall or when landing on blocks painted with reverse arrows, for instance, and Mario springs backwards, letting you subvert the game’s one-wayness. Some of Super Mario Run‘s smartest sequences involve sussing out zigzag trajectories hidden in plain sight—where sticking your landings requires genuine mastery of the new tap-swipe controls. Left to his own devices, Mario automatically springs over low obstacles or enemies in his path, freeing players to focus on big picture antics. It’s smart less-is-more design that plays to the strengths of touchscreen gaming while sacrificing none of a gamepad’s precision. For all its hesitance embracing smartphones and tablets, Nintendo seems to have had no trouble designing software for them.

Taps and swipes aren’t stand-ins for button presses either, but a kind of parallel grammar for engaging with a boisterous little red and blue missile fired each time the clock starts. This is Mario in a garden of forking paths, a relentless money-Hoover that trips into armfuls of jingling cash, but who’ll take artful finessing to snatch a level’s coveted collectibles.

Their placement will torment you. Finding all the special coins in a set (like collecting stars in prior games) is tricky enough. But once you do, the game spawns another set—more ruthlessly positioned than the last. You can blast through Super Mario Run‘s World Tour levels in an afternoon, but then that’s true of most Mario games. Isolating all the collectibles, then pulling off the finger kung-fu necessary to grab everything in a single pass? Good luck.

Nintendo builds on this with a quasi-online “Toad Rally” mode you access by spending tickets earned in World Tour mode. Here, players race the “ghosts” of other players through stages in hopes of wooing greater numbers of multihued Toads. As in World Tour, you’re after coins during these races, but also the adulation of the Mario-verse’s cutesy speckle-capped creatures, gained by pulling off stylish moves. It’s a bit like skate-parking through a two-dimensional obstacle course.

Impress enough Toads and they’ll flock to your Mushroom Kingdom, where they become a kind of currency you can use to purchase items that help you spiff up the joint, play mini-games and unlock premier courses. The content in this mode feels a bit light just now, and it’s nothing like a “Sim Mario.” But the rally races are pleasantly nerve-wracking, and I assume some of these backend layers are really just groundwork for deeper functionality to come.

There is one fairly serious problem with Super Mario Run: the game is “always-on,” meaning it only works with an active Internet connection. Sever that connection and the game throws up an error screen. There’s no way around it.

This means you can’t play Super Mario Run on an airplane without paying for Wi-Fi. You’re out of luck for whatever part of your subway commute involves cell service dropouts. And you’ll have to proxy the kids’ iPads through a smartphone if, like me, you live in flyover country and drive for hours to visit the in-laws. If you’re anywhere cell service drops, the game’s going to bark at you. This feels like a bizarre blind spot for a game that has none of realtime social benefits of inherently online games like Mobile Strike or Pokémon Go.

Nintendo argues it needs online connectivity to “offer a variety of features and services that enhance the play experience.” Last week, the company said it’s effectively about combating piracy. Either way, it’s unfortunate given how many comparable mobile games manage to do what Super Mario Run‘s generally up to without an online mandate. Online strictures in a game should flow from its design. And were there to be some Super Secret Really And Truly Necessary Reason that emerged here, there’s still a perception disconnect.

But if you’re able to make peace with the game’s online requirement (and to be fair, I was most of the time), the experience is mostly fantastic. Super Mario Run impresses in ways I wasn’t convinced this approach to the character could. This, let’s not forget, is Nintendo on someone else’s hardware making good. Who else can stroll this assuredly into a stranger’s house, size up the joint lickety-split, then remind us of how much we have yet to see?

Reviewed on an iPhone 7 Plus 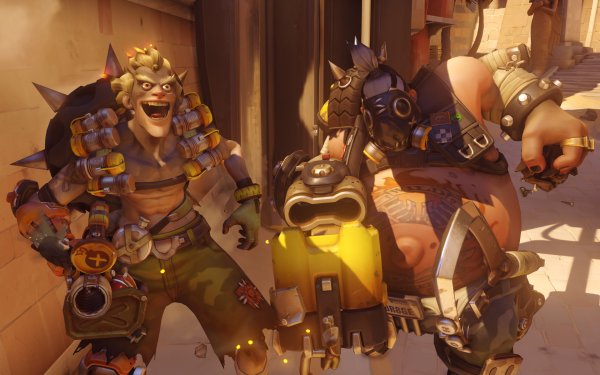 These Were the Most-Googled Video Games of 2016
Next Up: Editor's Pick