Italy Has a New Government. Don't Expect It to Last Long

Italy's Prime Minister Paolo Gentiloni is pictured before a confidence vote to the new government on Dec. 13, 2016 at the Italian Chamber of Deputies in Rome.
ANDREAS SOLARO—AFP/Getty Images
By Silvia Marchetti / Rome

The newly-appointed government of Paolo Gentiloni is the 64th in the barely 70-year-old history of the Italian republic — and it is also set to have one of the shortest lifespans.

Following the referendum blow that triggered former Prime Minister Matteo Renzi’s resignation, President Sergio Mattarella picked Gentiloni, a dovish member of the Democrat Party and former foreign minister, as the best man to head an interim, technical government and steer the country out of the current political chaos, paving the way to another legislature.

Gentiloni’s cabinet is supported by the existing majority that sees an alliance between Democrats and right-wing centrists. The government team underwent a slight reshuffle but still features key ministers of Renzi’s cabinet, triggering violent reactions from populists and opposition parties, and making its long-term survival quite unlikely.

“This new cabinet is just a photocopy of Renzi’s one. It has no power nor the legitimacy to do anything, let alone make new laws, pass reforms nor change the electoral law”, Danilo Toninelli, a deputy with the anti-establishment Five Star Movement tells TIME.

Renzi’s enemies have turned down his offer of a “national unity” cabinet where all parties, and not just the Democrats, share the burden of passing crucial measures and reforms. The two most likely scenarios for an early vote are either between February and March, after an expected ruling on Italy’s electoral law, or in June straight after the G7 summit which will take place in Taormina, Sicily, and which Italy cannot afford to disrupt with internal domestic issues.

The Five Star Movement has called for an immediate vote and pledged to hinder Gentiloni’s work in every possible way, working on creating a new government program “from out of parliament” by asking citizens in online surveys what they wish for their country. “We will bring forth a violent obstructionism. There’s no chance of cooperation,” says Toninelli.

Gentiloni represents a temporary fix, and certainly not a long-term solution to Italy’s pressing problems, above all its high public debt burden and banking woes. The post-referendum political chaos and uncertainty have fueled speculation over the stability of Italy’s finances and financial system, where lenders are stifled by almost €360-billion-worth of bad loans. Banks appear to be unable to survive without some sort of direct public intervention.

One of the first matters Gentiloni will deal with is expected to be an emergency decree to safeguard ailing banks though recapitalization plans that respect European Union rules, though much will depend on “the timing” of such measure.

The second thorny issue, which is crucial for a next vote, is changing the current electoral law. Italy’s constitutional court is expected to rule on January 24 over a few allegedly “unconstitutional” aspects of the new electoral law approved last year by Renzi and opposed by opposition groups. Most political parties have agreed to wait for that ruling in order to change the electoral law before facing an early ballot — but the populists want a vote straight away. “The only way out of this mess is to wait for the constitutional court’s ruling, do the eventual changes to the electoral law as suggested by the judges, and then straight off to the ballots,” Toninelli says.

The new premier shares President Mattarella’s concern that an early vote should not take place if, as it is now, there are two different electoral laws governing the elections of the two branches of parliament – the Lower House and Senate. This “double system” would lead to having different majorities in parliament and further hinder the process of legislation.

However, given the harsh “non-cooperation” stance of populists and the tight timeframe, Gentiloni will probably not succeed in harmonizing the two different voting systems. A thorough makeover would in fact need at least a year, until 2018, and not even the Democrats are willing to wait so long.

“The referendum blow stands as a closing landmark for this legislature. The defeat has disempowered the reformatory scope of Renzi’s cabinet, and by extension of his successor Gentiloni. Renzi wanted to change the constitution but it failed, therefore there’s the need of a new elected government and parliament”, said Giampaolo Galli, a Democrat deputy and member of the Lower House budget committee.

However, Renzi’s resignation does not mean he is out of the political picture. For the time being the former premier is licking his wounds, but has kept the leadership of the Democrat party, where the majority sees him as the “only real leader right now in Italy”, says Galli, “and the only one able to guide the party towards the next elections”.

Renzi has repeatedly pledged that the referendum defeat was not the end of his political career and will therefore likely attempt a comeback. The former premier would prefer to hold an early vote in June in order to avoid another bombshell, that could turn out to be even more destructive than the constitutional referendum.

Italy’s main workers’ lobby CGIL has appealed to the constitutional court against Renzi’s labor reform, dubbed the Jobs Act, and its scrapping of several workers’ protection rules. The labor union wants a referendum and there’s a high chance that the court might rule in favour of the request for the summer. That vote could only be avoided if an election takes place.

According to Italian law, explains Galli, if a national ballot is scheduled then it’s not possible to hold a popular referendum at the same time. So an early vote could turn out to be the best option for Italy, at least as far as the ruling parties are concerned. The last thing the country needs right now is yet another disruptive referendum, as it continues to deal with the fallout of the last one. 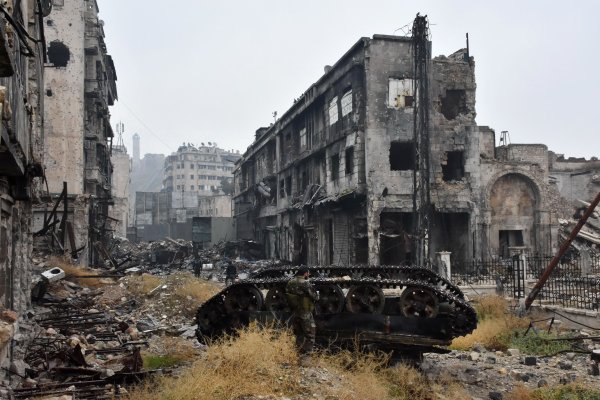 'The Massacres Will Start Again'
Next Up: Editor's Pick