An Afghan boy who became an Internet star after donning an improvised Argentina soccer jersey with a handwritten “Messi 10,” has finally come face-to-face with his idol, the BBC reports.

Photos of the then 5-year-old Murtaza Ahmadi wearing the shirt — fashioned from a blue and white-striped plastic bag — went viral when they surfaced in January. The photos showed Murtaza, who is from Afghanistan’s eastern Ghazni province, kicking a soccer ball while wearing the shirt with the name and squad number of his footballing hero, Lionel Messi.

After the pair met in the Qatari capital Doha on Tuesday, Murtaza held hands with the Barcelona striker as he walked onto the pitch ahead of a friendly match against Dubai-based football club al-Ahli.

And judging by this video, he didn’t want to leave Messi’s side.

The Guardian reports that Murtaza’s new found fame posed problems for his family, who were eventually forced to flee across the border to Quetta in Pakistan, following repeated telephone threats.

Mohammad Arif Ahmadi, Murtaza’s father told the newspaper in May that the decision to leave was based on fears that his son would be kidnapped, “I sold all my belongings and brought my family out of Afghanistan to save my son’s life as well as the lives of the rest of the family,” he said.

According to a statement by the organizing committee for the 2020 Qatar World Cup, Murtaza said after meeting Messi: “I’m very happy to have met my hero. It is a dream for me,” Agence Frence-Presse reports. 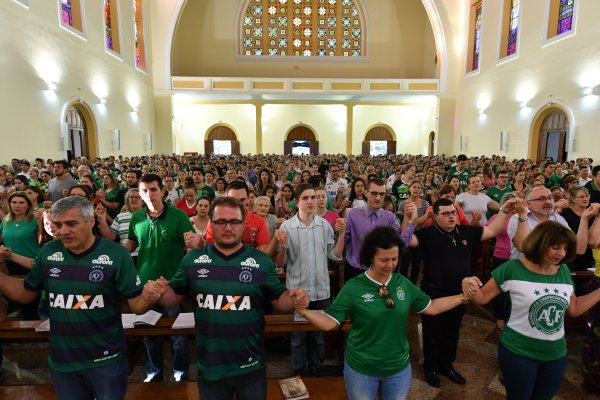 A City In Mourning
Next Up: Editor's Pick