Government Moves Forward on Technology to Make Cars Safer. And It's Not Autonomous Vehicles

On Tuesday, the National Highway and Traffic Safety Administration announced that it is moving forward on technology that it estimates could avoid or mitigate up to 80% of crashes. And, no, it’s not autonomous vehicles that take human error out of the equation.

As reports surface about Google and Apple scaling back their self-driving car plans, the government is getting closer to requiring that all new vehicles have V2V—short for vehicle-to-vehicle—technology. By using short-range communications to share basic information like speed and heading, cars can use V2V to “talk” around blind corners or at intersections, warning one another of an impending collision or other dangers that drivers might not be able to see.

For years NHTSA has been championing the technology’s potential safety impact and working on developing protocols to make sure cars are “speaking the same language” across makes and models (as well as making sure that messages are secure and trusted). On Tuesday, the administration issued a proposed rule that would require standardized V2V on all new light-duty vehicles, which will enter a 90-day public comment stage before a final rule is written and issued.

All told, it is possible that 50% of new vehicles will be required to have the tech within about three years, with 100% of cars coming equipped with V2V in about five years, according to information a NHTSA spokesperson provided to TIME.

“We are carrying the ball as far as we can to realize the potential of transportation technology to save lives,” Department of Transportation Secretary Anthony Foxx said in a statement. “This long promised V2V rule is the next step in that progression.”

One of the biggest promises of self-driving cars is to improve safety on American roads. Nearly 94% of road accidents are the fault of drivers, according to NHTSA. After all, human beings get distracted and, at times, make irresponsible decisions. As TIME’s Matt Vella wrote in a cover story about the autonomous future, computers are more skillful than people and, “To make a real leap forward in safety, the obvious move is to take drivers out of the equation.”

But it remains unclear how close that future is. Both Google and Apple are reportedly pivoting from plans to construct self-driving cars—an enormous undertaking from start to finish—and instead focusing on developing autonomous operating systems that will be compatible with cars made by the likes of Fiat Chrysler. While Ford has promised to roll out autonomous vehicles for ride-sharing services by 2021, Americans could be driving hundreds of thousands of new Fords off the lot that are outfitted with V2V before then.

In announcing the rule, NHTSA Administrator Mark Rosekind said that their work on V2V was a complement to autonomous technology, that both “hold great potential to make our roads safer, and when combined, their potential is untold.”

The Federal Highway Administration is meanwhile working on guidance that will also help cars to communicate with infrastructure like traffic lights, what is known as V2I—or vehicle to infrastructure—technology. In the long term, that might be technology that helps streams of self-driving cars optimize to hit all the greens and drastically reduce congestion. In the short term, it likely means that drivers will get alerts such as warnings that a red light is coming up ahead.

Little changes can have big effects on the aggregate: Researchers have estimated that two people in the U.S. die every day in crashes that involve drivers running red lights. “People get so excited about taking their hands off the steering wheel,” Virginia Tech Transportation Institute’s Zac Doerzaph told TIME for a previous interview about V2V, “they forget about what’s going to happen tomorrow.” 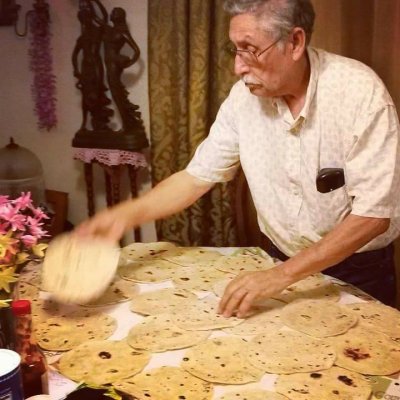 Man, 73, Shot Dead by Cops May Have Been Waving Crucifix
Next Up: Editor's Pick