In the U.S., where abortion is a legal medical procedure, nine states currently require that women seeking an abortion receive counseling about the negative emotional effects she might experience. That’s despite the fact that research consistently shows that abortion is a safe medical procedure and that the overwhelming majority of women who get abortions feel it was the right decision for them and do not experience negative psychological reactions after the fact.

Now, a new, large University of California, San Francisco, study of more than 1,000 women seeking abortions reports that women are much more emotionally stressed if they are denied an abortion initially than if they received one upon request.

“There are policies and decisions being made with this assumption that abortion harms women’s mental health,” says study author M. Antonia Biggs, a social psychologist researcher at UCSF. “We found that the women who were denied abortions had more anxiety, lower self esteem, and less life satisfaction compared to women who [obtained them initially].”

In the new study, which is part of an ongoing trial called the Turnaway Study, UCSF researchers followed 956 women from 21 states who had sought an abortion. All the women were interviewed a total of 11 times: once a week after seeking an abortion, and again every six months for five years.

One week after the women sought an abortion, those who were turned away reported the highest levels of anxiety than the women who received the procedure. Anxiety, low self-esteem and low life satisfaction improved and were similar to other women by six months to a year later. For all of the women, symptoms of depression dropped over time.

The new study, published Wednesday in the journal JAMA Psychiatry, is one of the first major trials to respond to a request from the U.S. surgeon general in 1989 for more rigorous research into women’s mental-health outcomes after abortion. Dr. C. Everett Koop, the surgeon general at the time, said the 250 studies he reviewed on the issue were methodologically flawed, and he recommended a five-year prospective study be done.

Prior studies have found that women’s depressive symptoms and low self-esteem are highest just before having an abortion, with immediate improvements in their mental health from before they got the procedure to after. Another recent study of women seeking medication abortions in Ireland where laws are restrictive reported that 70% of women felt relief after the procedure.

The significantly higher levels of stress among the women denied an abortion may be due to the process of trying to obtain the procedure, as well as the social stresses that can accompany an unplanned pregnancy, the authors of the new study suggest. The most significant factors associated with women experiencing negative mental-health outcomes were a history of mental-health conditions or traumatic life events.

The trial cannot confirm what influences a woman’s emotional response to abortion. Rather, this study — considered the most comprehensive of its kind — suggests that the assumption that abortion can cause psychological suffering is faulty.

The researchers also conclude that there’s no evidence to justify laws requiring women seeking abortions to be warned about negative mental and emotional side effects. “Women should trust their own decisions, be empowered to do what’s best for them,” says Biggs. “If our goal is to protect women’s health, the evidence suggests that expanding access is the best approach.” 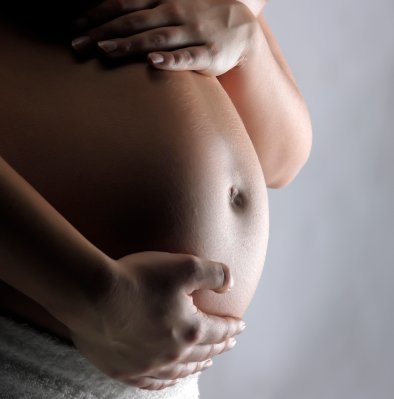 This IVF Calculator Helps Couples Predict Their Chances of Having a Baby
Next Up: Editor's Pick