Netflix Is Dropping a Mysterious New Show Friday. Here’s What We Know About The OA

This week Netflix surprised everyone with the news that a new eight-episode series, The OA, will premiere on Friday. Like summer megahit Stranger Things, the intriguing new show about a 20-something woman looks to combine elements of science fiction, mystery and horror. It’s also notable that the trailer dropped just a few days before The OA premieres, a show of faith that this new offering doesn’t need much hype to hook audiences. Netflix didn’t release much information about the premise, but here’s what we know so far.

What it’s about:
The story centers on a woman who may or may not have it together: Prairie Johnson (Brit Marling) who returns to her family seven years after she disappeared without explanation. Twist #1: when she went missing as a kid, she was blind, and now she can see. In the trailer, Prairie plays a low-key game of “what happened to me for the last seven years?” If Prairie experienced severe trauma (or even resurrection) related to her disappearance, she couldn’t see it, but she can recall people through touch. The series asks the audience to buy into the “unknown,” and Netflix describes it as a “powerful, mind-bending tale about identity, human connection and the borders between life and death.”

The creators are the team behind the 2013 thriller The East: Brit Marling, who stars, and Zal Batmanglij, who directs all eight episodes. And you’ve probably seen Marling’s co-stars before: Emory Cohen (Tony Fiorello in Brooklyn), Scott Wilson (Hershel Greene in The Walking Dead) and Jason Isaacs (Lucius Malfoy in the Harry Potter movies.)

What it’s like:
From what we can tell from the vibes of the trailer, this may be a strong contender to fill the gaping Stranger Things hole in your heart until the second season premieres in 2017. As Prairie’s recovers her memory, she seems to access some very supernatural experiences including that time she had a confused walkabout on a terrain that looks a lot like a video game. Like many stories about young female “science experiments” before her (Stranger Things and Firestarter anyone?) Prairie’s a small town girl participating in psychological experiments at an unethical lab, but there’s no telling how familiar it will be just yet. As far as mysteries about missing people go, it seems less horror-like than True Detective’s first season.

It might also scratch the Westworld itch before that show returns in 2018. As detectives question Prairie about her disappearance, she seems to flash back to memories that will give everyone some clarity on what happened to her. Dolores much? So if hopping on a rollercoaster “who am I?” ride is your thing, then this might be your show.

All ideal icebreakers for holiday parties.

Everyone will know more on Friday. Watch the full trailer above. 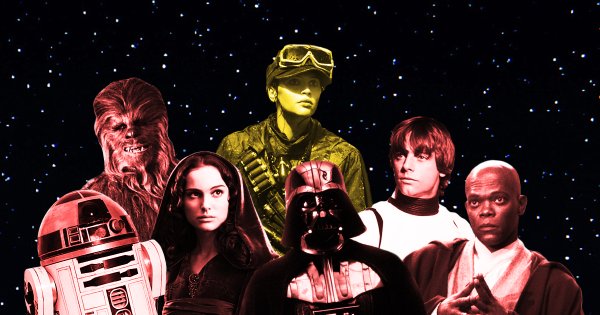 How Rogue One Fits Into the Star Wars Timeline
Next Up: Editor's Pick