The True Story Behind Patriots Day

On April 15, 2013, Tamerlan and Dzhokhar Tsarnaev detonated two pressure cooker bombs near the finish line of the Boston Marathon, killing three people, wounding hundreds, and setting off a weeklong manhunt than would count among its casualties a campus police officer and the older Tsarnaev brother. Today, Patriots Day, a dramatization of that week’s events starring Mark Wahlberg, John Goodman and J.K. Simmons, opens in theaters across the country.

In the years and months leading up to its release, scarcely a conversation about the movie could begin with anything other than a question: “Too soon?” As with Oliver Stone’s World Trade Center, the attention of Hollywood’s movie-making apparatus on real-life events, and particularly those that saw devastating loss of life and limb on home soil, provoked debate about propriety and respect, dignity and decorum.

Can tragedy be fodder for entertainment? And if so, how much time must separate the event from its retelling? We don’t balk at movies about Iwo Jima or Antietam, the October Revolution or the Holocaust, though their terrors are hardly dulled by the intervening years. For Peter Berg, who directed and co-wrote Patriots Day, the unfortunate reality of our new normal—the increasing incidents of homegrown terror that turn crisp, blue-skied mornings into spectacles of horror—felt more urgent with each passing day.

“I certainly was concerned and aware that we needed to reach out to the community, particularly the families of the victims and the survivors, anyone who had been traumatized by the bombing,” he says. But given their blessing, he says, “The idea of looking at how we as a culture and as a society can survive these attacks, how we can grieve, how we can move on—these were all themes present in this story.”

For Berg, the question was less about when to approach such a sensitive story, but how. And if he hadn’t done it, someone else surely would have: before Patriots Day began production, there were several projects in the ether, including Boston Strong, an adaptation of the book of the same name which CBS Films purchased from 20th Century Fox, and Stronger, a Jake Gyllenhaal drama about survivor and double-amputee Jeff Bauman, which filmed last year but has yet to announce a release date.

Berg answers that how with an almost religious reverence for facts—save for the decision to make Wahlberg’s character a composite of two real-life police officers, one of whom was instrumental at the finish line and the other of whom was heavily involved in the manhunt. And getting the story right began with the man in charge on that spring morning: Ed Davis, the now-retired commissioner of the Boston Police Department.

Davis, played by John Goodman in the movie, was first approached in the fall of 2013 by Michael Radutzky, a producer of 60 Minutes, a program on which Davis had previously given an emotional interview about the bombing and its aftermath. “I was initially hesitant to do it because of the victims,” Davis recalls. “But after several meetings I got a sense that they were going to handle it very well, and they were going to tell the story anyway, so I thought that if I helped I could possibly make it more accurate.”

Patrick Downes and Jessica Kensky, newlyweds in 2013 who both lost legs to the bombing, had a similar perspective when Radutzky and Berg reached out to them—in addition to figuring that, at the very least, taking a meeting would break up the monotony of their ongoing treatment at Walter Reed Medical Center in Maryland. Though initially reluctant, they figured it was better to participate than to leave their stories, and the stories of their fellow survivors, up to others.

Patrick Downes and Jessica Kensky at a press conference, on Dec. 15, 2016 in Boston.
Paul Marotta—Getty Images

“We didn’t really think about whether it should or shouldn’t happen because the fact was, it was going to,” recalls Kensky, a nurse. “What we were thinking about was, could we be a part of it and somehow help to shape it and make it something that Boston and the survivor community could feel good about?”

For Kensky and Downes, played in the film by Rachel Brosnahan and Christopher O’Shea, the stakes were raised because their stories were standing in for those of other survivors. “We want to be able to have dinner again at any of these families’ dinner tables,” says Kensky. The survivor community has had its differences—for one thing, says Kensky, she and Downes, a psychologist, opposed the death penalty for Dzhokhar Tsarnaev while many others supported it—but they have maintained a strong sense of mutual respect, bound in the way people can only be when they share a prosthetist and trade tips on which restaurants are most amputee-friendly.

Berg specializes in telling real-life action thrillers, from Lone Survivor’s Navy SEAL mission capture a Taliban leader to Deepwater Horizon’s tragic oil rig explosion (both of which also starred Wahlberg). He has identified a two-step process for honing in on the kinds of stories to which he’ll dedicate two years of his life. “I’m always first drawn to the emotion. Do I feel connection to the souls of these people?” he says.“But is there also some action? Is there a pulse? If I feel like I have both, then I feel like I have a shot of exploring the emotion of violence.”

Berg hopes Patriots Day will offer a kind of catharsis to survivors and members of law enforcement who choose to watch it. Downes and Kensky have found their two viewings “exhausting,” no less difficult an experience for the fact that they know exactly what’s coming before it happens. Several members of their families have not felt ready to sit through it.

For all the challenges of playing a painful history on repeat, Downes hopes it will have been worth it for the spiritual themes that emerge amid the painstakingly recreated chaos. “It’s not just the attack that day, in terms of the death toll, the maiming, the real terror that people feel. It’s also about the philosophical aspect of terrorism that’s meant to divide us,” he says. “What we learned in Boston was how people came together and looked after each other in very basic ways that showed the really beautiful side of the human spirit.” 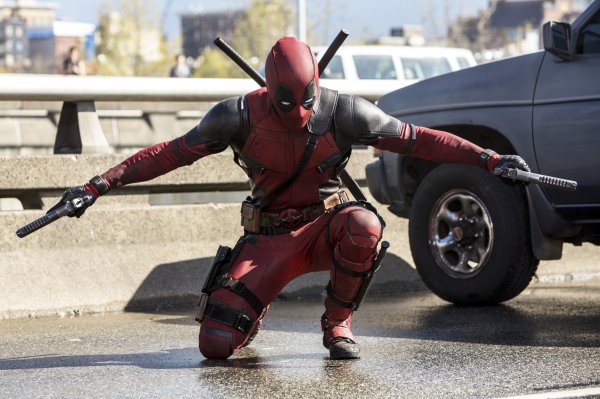