Even J.K. Rowling Thinks This Spider Looks Like the Harry Potter Sorting Hat

Harry Potter-literate scientists have discovered a new species of spider in the forests of India that bears an uncanny resemblance to the Sorting Hat used to divide Hogwarts students into their houses in J.K. Rowling’s magical series.

The tiny brown arachnid, which scientific researchers Javed Ahmed, Sumukha J. N. and Rajashree Khalap have named “Eriovixia gryffindori,” was spotted in the land of the Western Ghats mountain range in Karnataka, in southwestern India.

Writing about their find in the Indian Journal of Arachnology, the scientists explained that the “uniquely shaped spider” derives its name from the “fabulous, sentient magical artifact, the sorting hat, owned by the (fictitious) medieval wizard Godric Gryffindor, one of the four founders of Hogwarts School of Witchcraft and Wizardry.”

Giving the find a Potter-inspired moniker is an “effort to draw attention to the fascinating, but oft overlooked world of invertebrates, and their secret lives,” the document states.

On Twitter, J.K. Rowling responded to a tweet from Ahmed informing her of the creature’s discovery. “I’m truly honoured!” she wrote. “Congratulations on discovering another #FantasticBeast.” 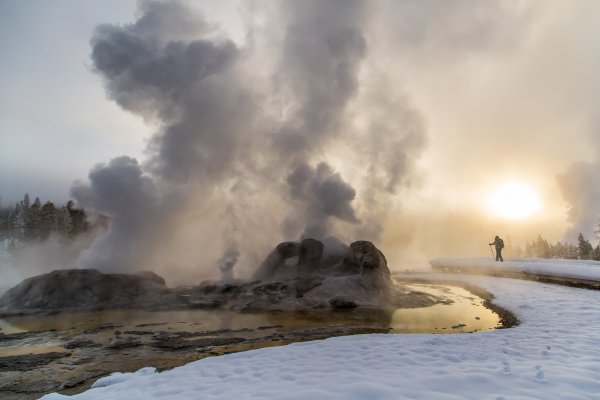 The Science Behind a Man's Deadly Fall Into Yellowstone Water
Next Up: Editor's Pick