Rick Perry Infamously Forgot About the Department of Energy. Now He Might Lead It

President-elect Donald Trump may nominate former Texas Gov. Rick Perry to lead the Department of Energy—the agency Perry wanted to abolish but infamously forgot to name during a 2011 presidential debate.

“It’s three agencies of government, when I get there, that are gone—Commerce, Education and the, um, what’s the third one there? Let’s see,” Perry said during a Republican presidential debate in November 2011.

As Perry stumbled to think of the answer, Mitt Romney chimed in to suggest the Environmental Protection Agency, while Ron Paul suggested he actually meant to cut five agencies.

“But you can’t name the third one?” CNBC moderator John Harwood asked.

He later identified the Department of Energy as the agency he had been trying to name.

“From time to time, you may forget about an agency that you are gonna zero out,” Perry said in an interview following the debate, according to ABC News. “Everybody tomorrow will understand the Energy Department is one of those that needs to be done away with.”

Perry met with Trump at Trump Tower on Monday. NBC News and CBS News reported that Perry has been selected to be energy secretary, citing sources close to the presidential transition. 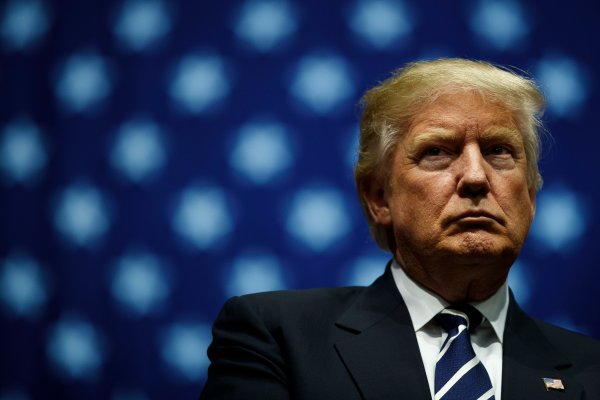 Donald Trump Postpones Announcement on Future of His Businesses to January
Next Up: Editor's Pick