Hillary Clinton’s campaign chairman is joining calls to have U.S. intelligence officials share with the Electoral College electors just what they know about foreign governments’ efforts to shape the presidential race.

John Podesta on Monday released a statement saying the electors, who will meet to formally elect the next President of the United States this month, should know what American spies know, including just how much Russia put its thumb on the scale to help Donald Trump win. Podesta’s email account was among those hacked and its contents published on WikiLeaks.

“Electors have a solemn responsibility under the Constitution and we support their efforts to have their questions addressed,” Podesta said.

So far, 10 electors have asked for an intelligence briefing before the Electoral College meets on Dec. 19. Trump won 306 electoral votes, clearing the 270 he needed to prevail. Some liberals are clinging to the hopes that the electors would choose to set aside the results of November’s presidential race. Such a move has never been taken before in modern American history. Then again, an American election has never been a battlefield for foreign governments, either.

“Trump’s willingness to disregard conclusions made by the intelligence community and his continuing defense of Russia and Russian President Vladimir Putin demand close scrutiny and deliberation from the Electoral College,” the electors wrote to the Director of National Intelligence James Clapper. Among them: the daughter of House Democratic leader Nancy Pelosi.

Trump and his team have maintained that it’s not clear Russia interfered with the election. On Monday, former Hewlett Packard CEO Carly Fiorina met with Trump at his Manhattan offices and told reporters after that they discussed both China and Russia as aggressors. Trump a day earlier said no one really knows if it was Russia behind the hacks of Podesta and the Democratic National Committee, and his campaign glibly pointed out that U.S. intelligence officials also got wrong their assessment of Iraq’s weapons program ahead of the American invasion.

But the intelligence professionals have been less than subtle in naming and shaming Russia for publishing embarrassing information about Democrats. And Senate majority leader Mitch McConnell, a Republican, told reporters on Monday that “the Russians are not our friends” as he announced his chamber’s spy panel would investigate foreign hands in the ballot box.

If Clapper gives the electors a briefing on what the intelligence community knows — and does not know — about Russia’s role in the election, it would trigger allegations that spies are trying to undermine an election already ripe with interference from government arms, most notably the FBI’s decision to revisit Clinton’s email practices just day before the election. With confidence in government already at bottom-of-the-barrel levels, starting Trump’s presidency like this would only erode it further — especially with so many of his supporters already doubting the intelligence community’s findings.

Most Popular on TIME
1
Scientists: WHO Is Wrong About Airborne COVID-19 Spread
2
Heartburn Drugs Linked to Increased COVID-19 Risk
3
What a U.S. Withdrawal From the WHO Means 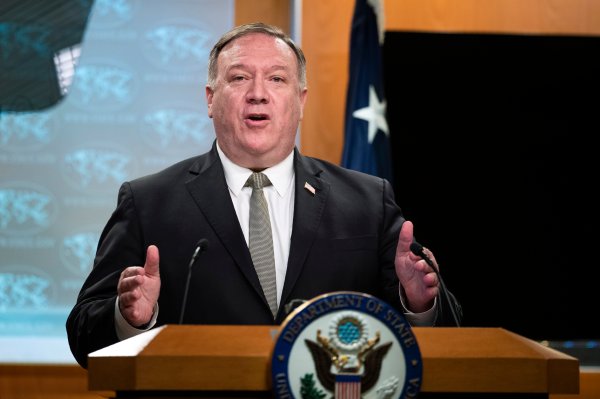 U.S. Notifies U.N. of Withdrawal From WHO
EDIT POST