Watch the First Trailer for the Eighth Fast & Furious Installment

Universal just dropped the first trailer for The Fate of the Furious, the eighth installment of the Fast and Furious franchise — and the first one made entirely after former star Paul Walker’s tragic death in 2013.

Charlize Theron will be joining the cast of Vin Diesel, Dwayne “The Rock” Johnson, Jason Statham, Michelle Rodriguez and Tyrese Gibson, playing the adversarial character Cipher. Another newcomer to the action franchise is the Oscar winner Helen Mirren.

According to Diesel, the movie formerly known as Furious 8 — the first of a trilogy that is set to wrap up the whole saga of superfast cars and explosions — will take place in New York City. It is set to hit U.S. theaters April 14, 2017. 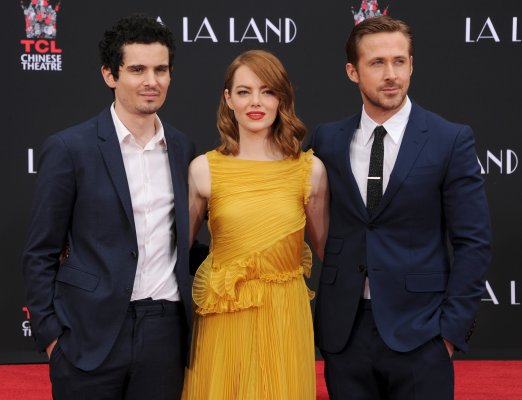 An Inside Look at 'La La Land's' Boldest Musical Number
Next Up: Editor's Pick