A group of Democratic and Republican senators called for an investigation into reports of Russian interference in the 2016 election, saying they “should alarm every American.”

Republican senators John McCain, from Arizona, and Lindsey Graham, from South Carolina, joined Democrats Charles Schumer, from New York, and Jack Reed, from Rhode Island, to release a statement on Sunday calling for a probe into the reports that Russia interfered to help Donald Trump defeat Hillary Clinton.

“Congress’s national security committees have worked diligently to address the complex challenge of cybersecurity, but recent events show that more must be done,” the senators said in the statement. “While protecting classified material, we have an obligation to inform the public about recent cyberattacks that have cut to the heart of our free society.”

The statement came after Trump slammed the CIA’s report on Russian interference. “These are the same people that said Saddam Hussein had weapons of mass destruction,” his transition team said in a statement. “The election ended a long time ago in one of the biggest Electoral College victories in history. It’s now time to move on and ‘Make America Great Again.'”

The senators said Democrats and Republicans “must work together, and across the jurisdictional lines of the Congress, to examine these recent incidents thoroughly and devise comprehensive solutions to deter and defend against further cyberattacks.”

“This cannot become a partisan issue,” they said. “The stakes are too high for our country.” 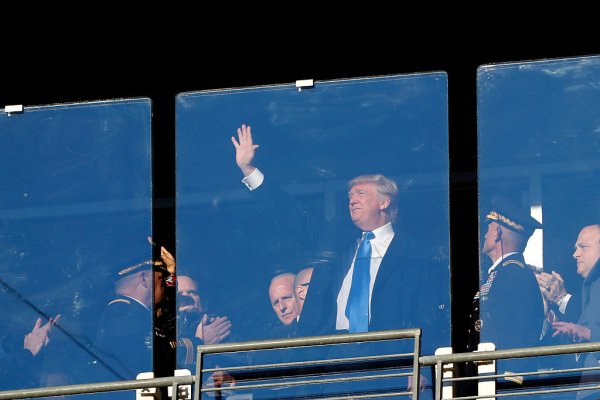